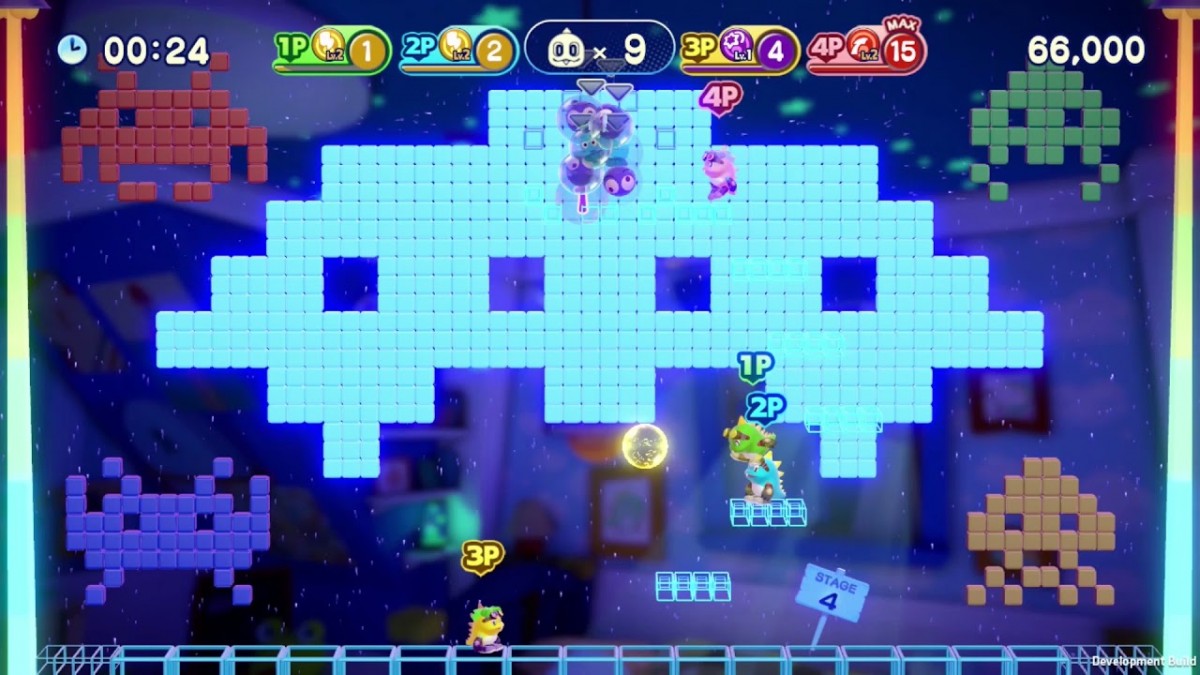 After more than 10 years, Nintendo Switch players can look forward to a sequel of the cult 80’s game series Bubble Bobble by TAITO. The new Bubble Bobble 4 Friends was developed by the original studio TAITO Corporation and will include a brand new local 4-player mode. The sequel will be released both digitally and physically exclusively for Nintendo Switch in Europe on November 19, 2019, with the release in the USA to follow in the first quarter of 2020.

As in the previous highly popular series, the thrilling and epic bubble fight starts again!

One night, a child’s room became enfolded by a miraculous light and every object under its rays suddenly came to life – including the child’s most favourite toy, the little dragon called Bub. Full of jealousy, the wicked magician Baron von Blubba challenges the friendly dragon to battle.

In the ’80s and ’90s, the players jumped through the levels either solo or in the two-player mode. In the new part of the popular Bubble Bobble series, a 4-player cooperative mode is integrated, providing even more fun with friends.

“Bubble Bobble is an extremely popular title in Europe, so we decided to implement a pre-sale in Europe in conjunction with ININ Games and Strictly Limited Games. It is also the first internally developed title since Taito has re-entered the consumer market, and the development team is thrilled to be working on this famous IP. I deeply hope that many people will enjoy it” says Hiroshi Uemura, Executive Officer, Division Manager of Development, TAITO CORPORATION.