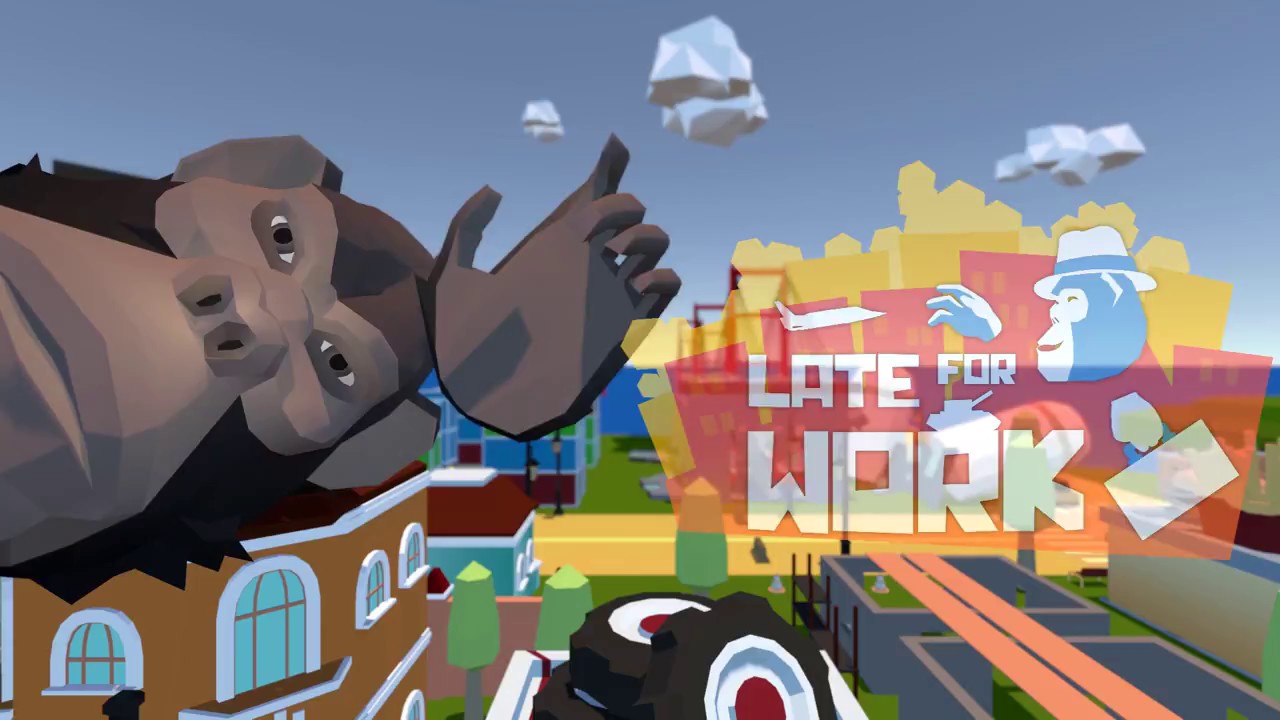 Following up on the success of their debut game Ellipsis, Salmi Games is proud to announce their sophomore title: Late For Work – a local multiplayer VR game where players take control of a giant gorilla and face against up to four of their friends in the ultimate couch party experience.

Late For Work is all about playing VR with your friends in the same room. “Players have told us that our unique locomotion system intuitively embodies the experience of being a gorilla. It creates the opportunity for a lot of hilarious, slapstick moment”, says Yacine Salmi, co-creator of Late For Work.

A playable alpha is now also available on Steam’s Early Access. “We believe Early Access is one of the best ways to explore new concepts in VR. We really enjoy getting player’s feedback and iterating in public”, says Yacine.

Late For Work brings VR and non-VR players together into a shared experience. Swap out in-between rounds and see who can earn ultimate banana bragging rights in this crazy free for all. It features fast-paced intense rounds and fun, over-the-top physics where every object is a potential weapon and shield.

Salmi Games is a Munich-based game developer, founded by Yacine Salmi (formerly of EA/Criterion Games, Sony/Evolution Studios and Havok). Ellipsis was their first critically-acclaimed release, garnering multiple awards, including Intel’s Game of the Year Award 2016. The studio is passionate about building intuitive and innovative games.