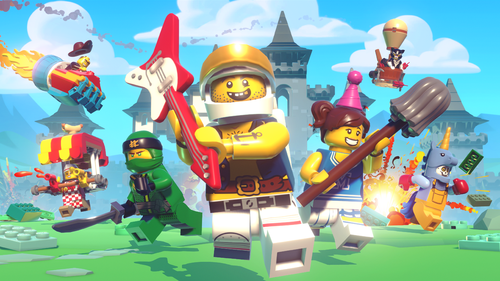 This Fall is the time to brawl!

In case you missed it, LEGO® Games has announced that LEGO Brawls will be coming exclusively to Apple Arcade on September 19.

Developed by Red Games Co., LEGO Brawls is a fast-paced 4v4 multiplayer brawler set in the LEGO universe, bringing players of all ages together for non-stop action that can be enjoyed anywhere and at any time. In LEGO Brawls, players will create and customize their own characters, collaborate with teammates and battle it out across iconic locations in classic LEGO themes, including the world of NINJAGO.

Each stage introduces new challenges, objectives, and power-ups to build. Players use bricks during brawls to build epic powerups: a pie launcher, money gun, snake car, jetpack, even a hot dog stand! Players can also customize their characters with hundreds of parts from real LEGO minifigs for endless possibilities.

As an Apple Arcade game, each player can have their own screen, and can jump into a match anytime, anywhere. The action goes with you, whether you’re at a friend’s house or on a road trip, and each player will retain their collection of minifig parts, powerups, and characters they’ve designed.