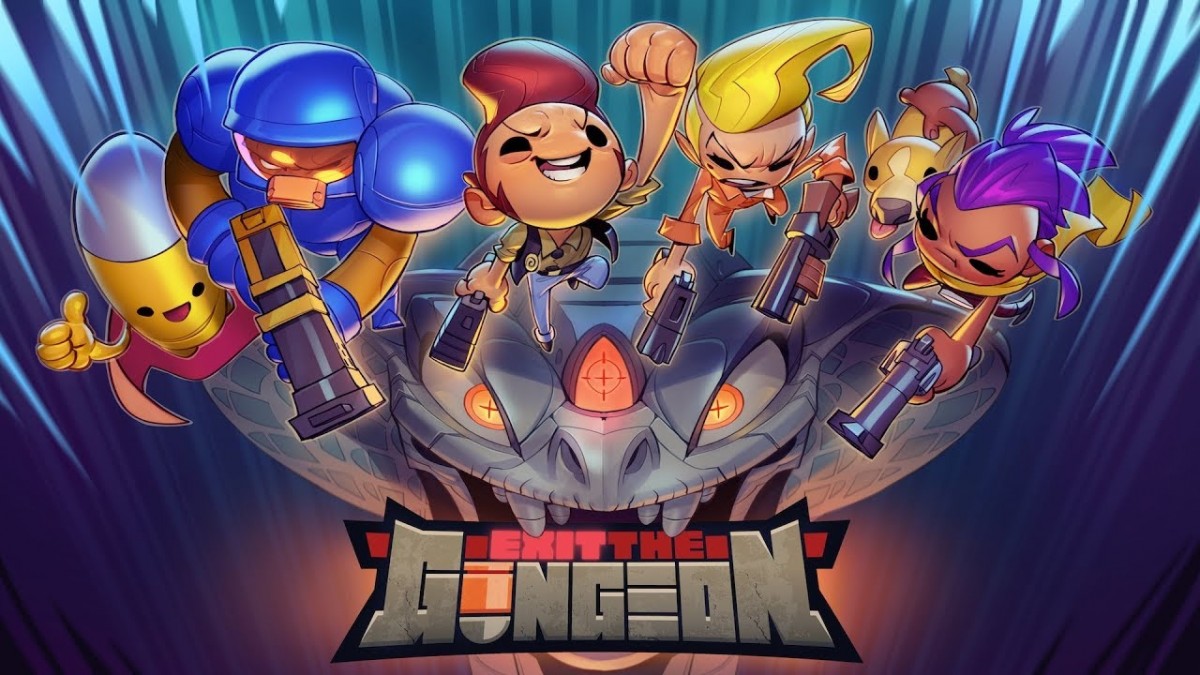 Exit the Gungeon is a bullet hell dungeon climber immediately following the adventures of the misfit “Gungeoneers” and their journey for personal absolution in Enter the Gungeon. Spoilers: The Gungeon has become a paradox and is collapsing.

Armed with an ever-changing weapon, an insatiable need to loot, and a signature trusty dodge roll, each of our heroes must ascend and escape via their own unique route of increasingly perilous elevators. Battle against the last and most bitter of the Gundead at a frantic pace, slowing down just long enough to chat with some familiar faces… and a few new ones. Shifting rooms, enemies, bosses, bizarre weapons and items all combine to ensure that no two attempts to finish Exit the Gungeon play out the same.

Also, you can wear hats. Everybody loves hats, and spin-offs, which this game is … of Enter the Gungeon.