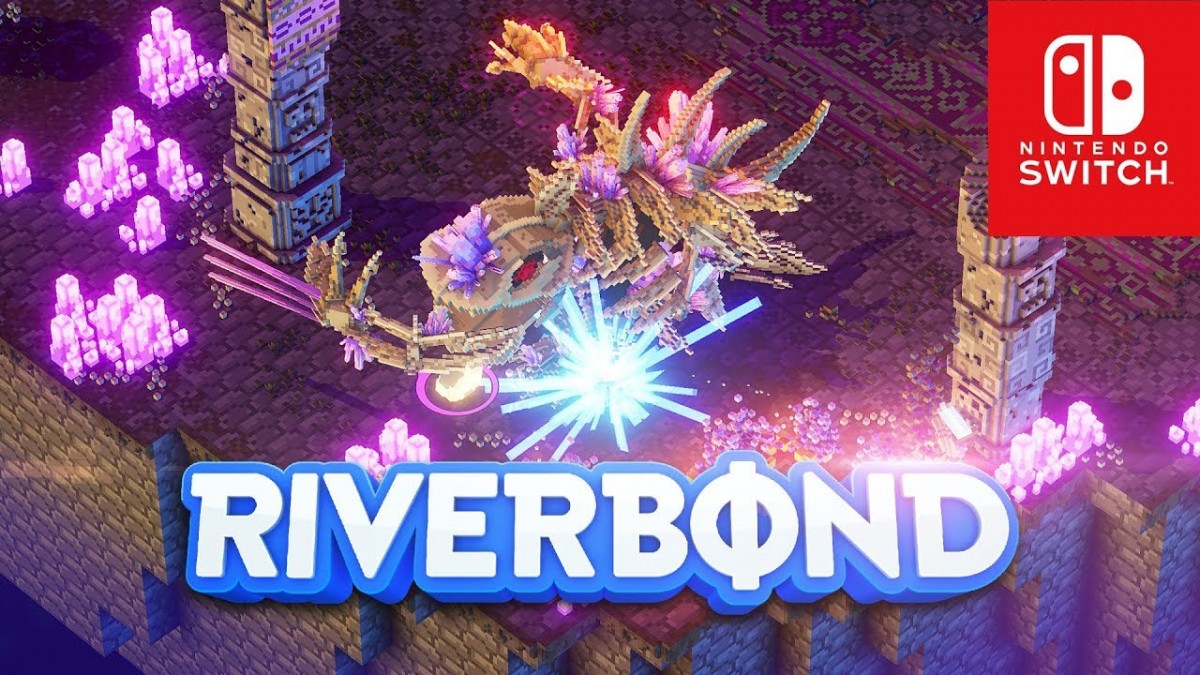 Riverbond, a shoot-and-slash dungeon crawler with solo and couch co-op play from Cococucumber, will welcome adventurers with lighthearted, loot-grabbing fun on Nintendo Switch later this year.
Up to 4 players set sights on treasure in a stunning voxel world. Break apart enemies, objects, and environments in an eruption of cubes with real-time physics. Discover secrets and face foes across handcrafted levels and 8 whimsical worlds, including a world debuting on Nintendo Switch, and coming to PlayStation 4, Xbox One and PC as DLC.
Face the evil threatening the land by choosing melee or ranged weapons for fast-paced combat to suit any play style. The quick arcade-like pace and responsive controls give the party a leg up on waves of mobs and exciting boss fights. With the retro spirit of classic hack-and-slash cooperative games,Riverbond marries the nostalgic genre with modern flair.
An enchanting score by acclaimed composer Ryan Roth (Void Bastards, The Beginner’s Guide, Starseed Pilgrim) adorns the adventure across glistening, snowy peaks and wondrous valleys. Don a variety of charming crossover skins like The Kid from Bastion, Shovel Knight, Raz fromPsychonauts, Juan from Guacamelee!, and Bullet Kin from Enter the Gungeon.
Riverbond will release on Nintendo Switch later this year, supporting English, French, Italian, German, Spanish, Russian, Simplified Chinese, Brazilian Portuguese, Polish, and Latin American Spanish, as well as Japanese and Korean at launch. It is available now for PlayStation 4, Xbox One, and Steam for Windows PC.