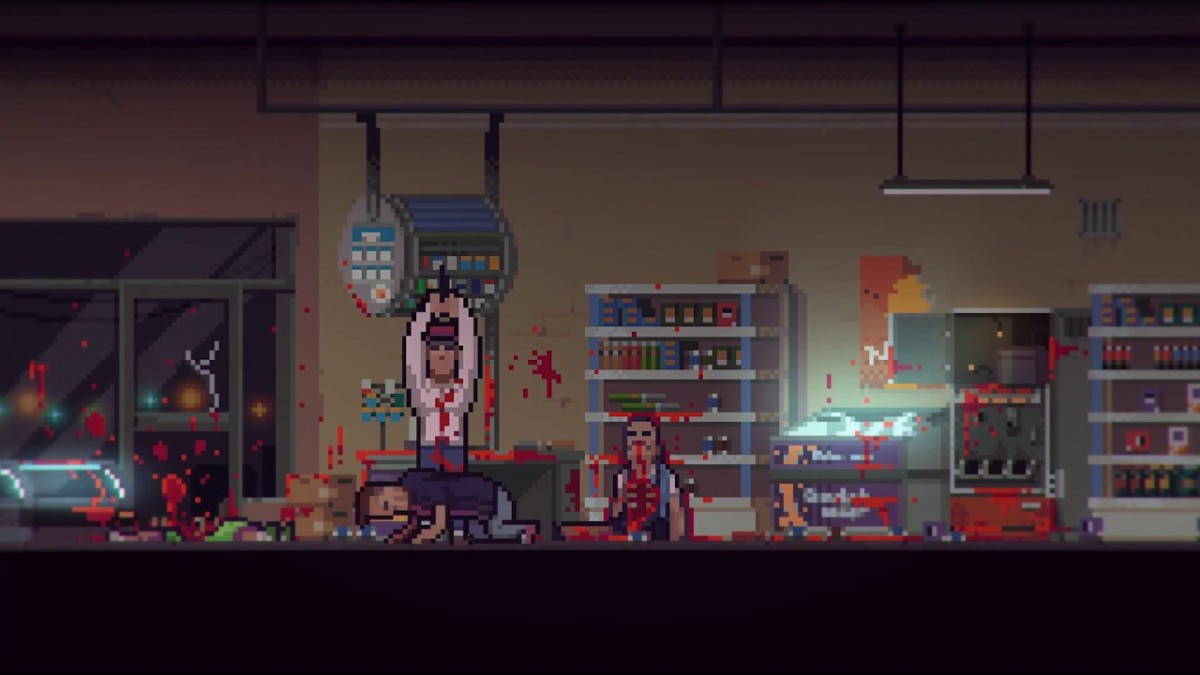 Long Reach adventure thriller has released on Steam and PS4. Will be released March 15, 2018 for Nintendo Switch.

About The Long Reach.
At first look, The Long Reach is an adventure game but closer inspection also reveals it’s a thrilling horror story, flavoured with sci-fi ideology, psychological context and a sceptical view on the human psyche.
The Long Reach takes place in New Hampshire, in the fictional town of Baervox. The game draws its inspiration from Lone Survivor and The Cave and all the classical adventures (except that The Long Reach is set in the present day). You don’t play in a post-apocalyptic world or explore a fairy-filled fantasy world. You’re in the thick of it, just around the corner from the place where you buy your groceries.

· The Long Reach is a horror-thriller hell bent on screwing with your perception of things.
· The game misuses stunning pixel art to create gruesome and unsettling images.
· You’ll be playing as Calvin throughout the game –  this is an example of the lies and deception that we have in store for you.
· You won’t be forced to figure everything out. Escape if you wish, in fact, we encourage you to run for your life!
· Solve puzzles that require thinking outside the box. The box provided by our publisher was never used during the development.
· You’ll be able to talk with plenty of characters. In fact, you’ll have a chance to pitch in every five lines or so.
· A classic adventure game inventory filled with keys and weird stuff (note: no Elvish swords glowing faintly blue when evil is close in this game).
· Original atmospheric and haunting soundtrack. The composer’s not right in the head, he brought weird stuff home to use in the soundtrack. We’re all concerned for his cat.