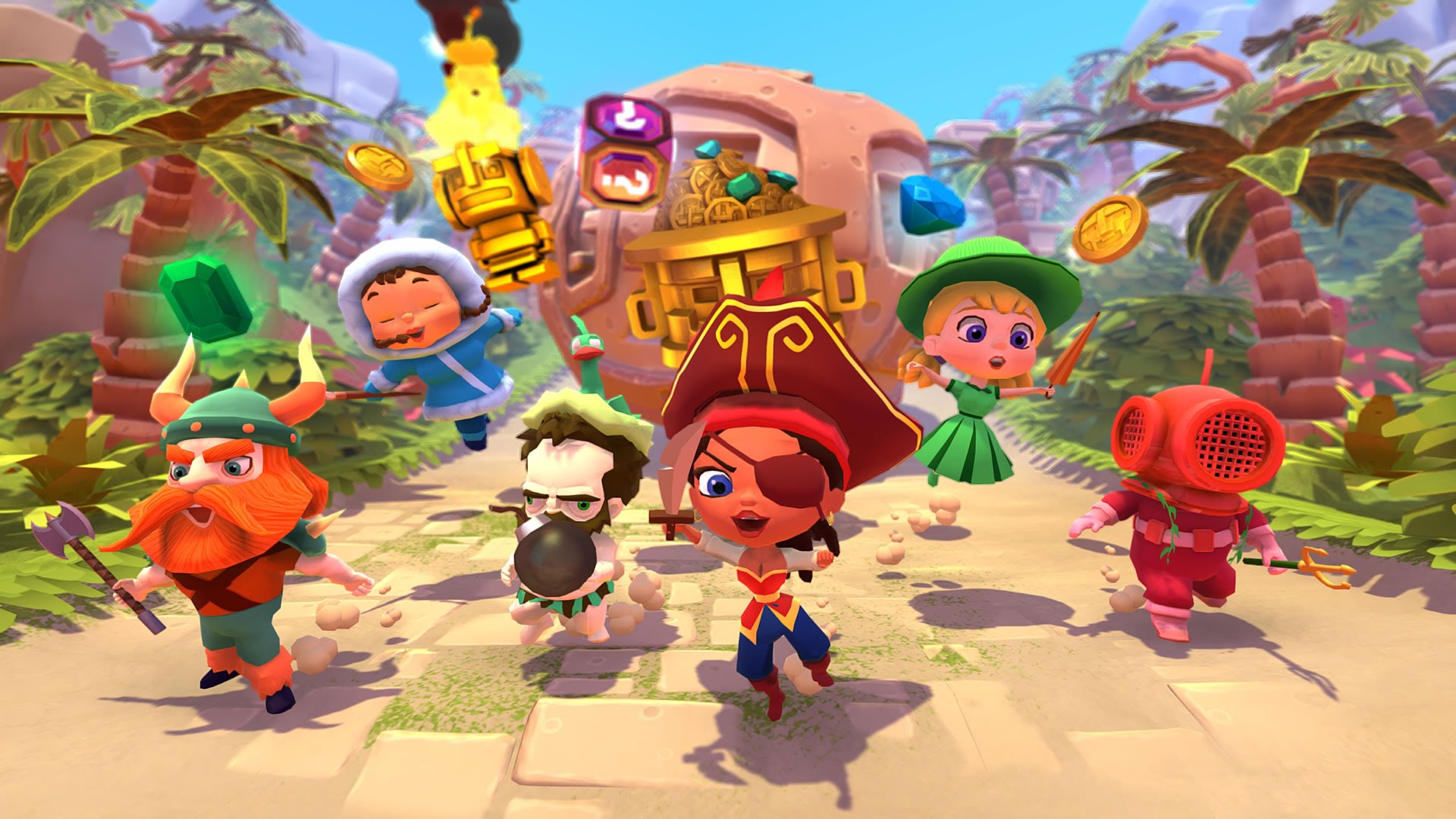 M2H announces Marooners is heading to Steam Early Access, following the succes of Verdun on Steam. In Marooners you play a mix of party games simultaneously, switching back and forth between games. The creative use of intermittent minigames and online multiplayer capability make Marooners a one of a kind party game. Marooners will be available Thursday March 24.

•Marooners is a local/online multiplayer party game M2H has been developing the last 6 months
•The game will be available on Early Access Thursday 24 March, priced at 14,99 USD/14,99 EUR.
•Marooners was national winner of the GGJ Netherlands 2015 and M2H’s next game after Verdun
•M2H is attending PAX East (Boston, 22-24 April). Secure an exclusive interview!
About Marooners
Marooners throws you into a chaotic mix of minigames. You’ll be switching back and forth between exotic locations, all the while grabbing as much treasure as you can. Just try not to drown, get shot, squashed, blown up or worse. Treasure and victory await!

The game supports both offline and online multiplayer (2 – 6 players). Any combination of local and remote players is also supported; friends who can’t come over no longer have an excuse not to party.

Early Access
M2H is very clear about Early Access: The game should remain stable and playable at all times. Content is therefore gradually released every week. Players who participate in the Early Access version of the game will be rewarded by an exclusive weapon unlock.

Marooners History
Marooners originally started as a Global Game Jam game which won the National award in the Netherlands.