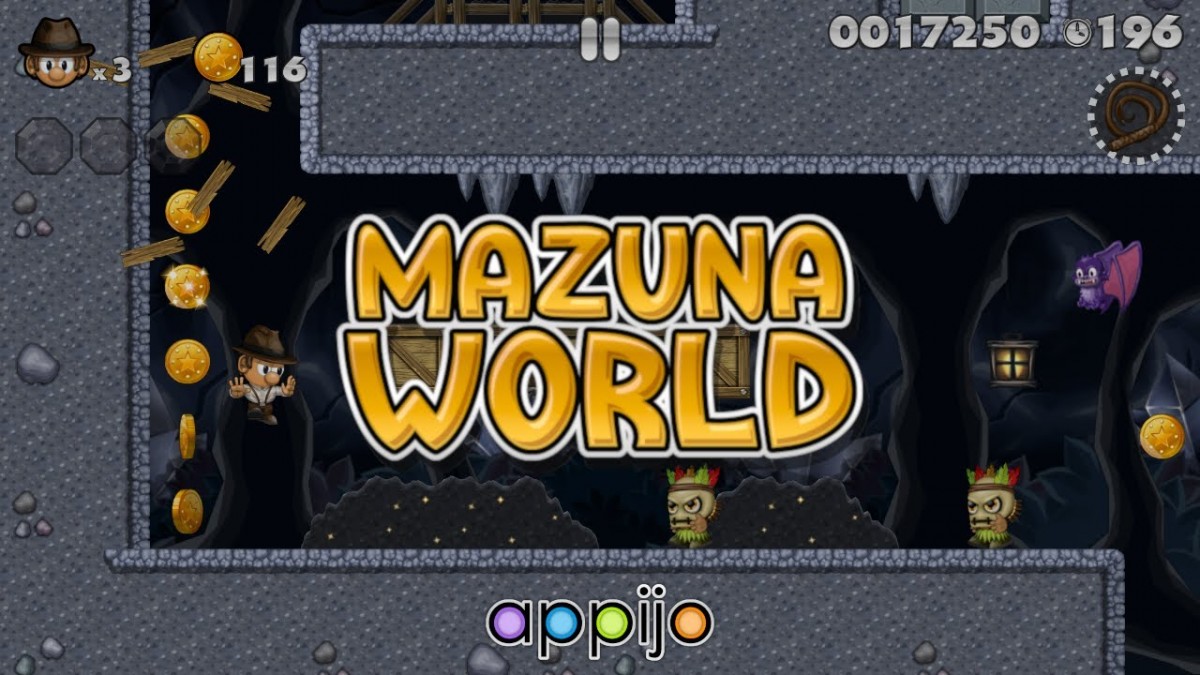 Grab your hat and trusty whip as you fall feet-first into a world of tricky traps and cunning (but cute) enemies – collect coins and hidden gems by smashing open crates as you run, jump and hop your way through mysterious jungles, creepy caverns and lava-filled castles!

Mazuna World is absolutely massive, with a staggering 130+ levels and 5 unique game worlds that will test your platforming skills to the limit, and if you still want more, the game features 3 game modes (Adventure, Challenge and Coin Dash) to keep you coming back for more!

Not enough? You can also build & play your own levels with a built-in level editor that’s so easy to use, you’ll be knocking out new levels to play in just a few taps of your screen. Budding level designers can create and save up-to 60 levels and even share them with friends.

Mazuna World is currently in beta, and set to launch on Google Play for Android phones and tablets in January 2020.