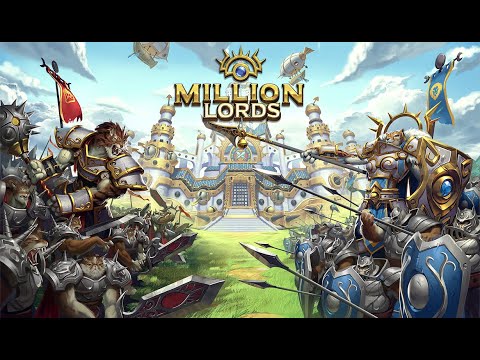 Million Victories announced the global launch of its keenly awaited mobile strategy game Million Lords. Their passionate, 100,000-strong player base has already spent over 500,000 hours in-game helping Million Victories’ veteran developers refine the experience across its beta period. Today, players from all over the world can join their ranks, create their clan and plan glorious campaigns on their choice of iOS or Android device.

Million Lords distinguishes itself from the pack with its grand scale and honest features centered around waging effective warfare instead of hoarding resources and base-building focus common in 4X games.

Take your armies across the map to claim cities for your cause. Along the way, you will gain experience, loot, and your kingdom’s border will expand. Every foe in the game is another player with their own piece of Million Lords’ vast, shared world; fight now or be conquered! There will always be another campaign on the horizon as the world expands to accommodate the ever-growing community.