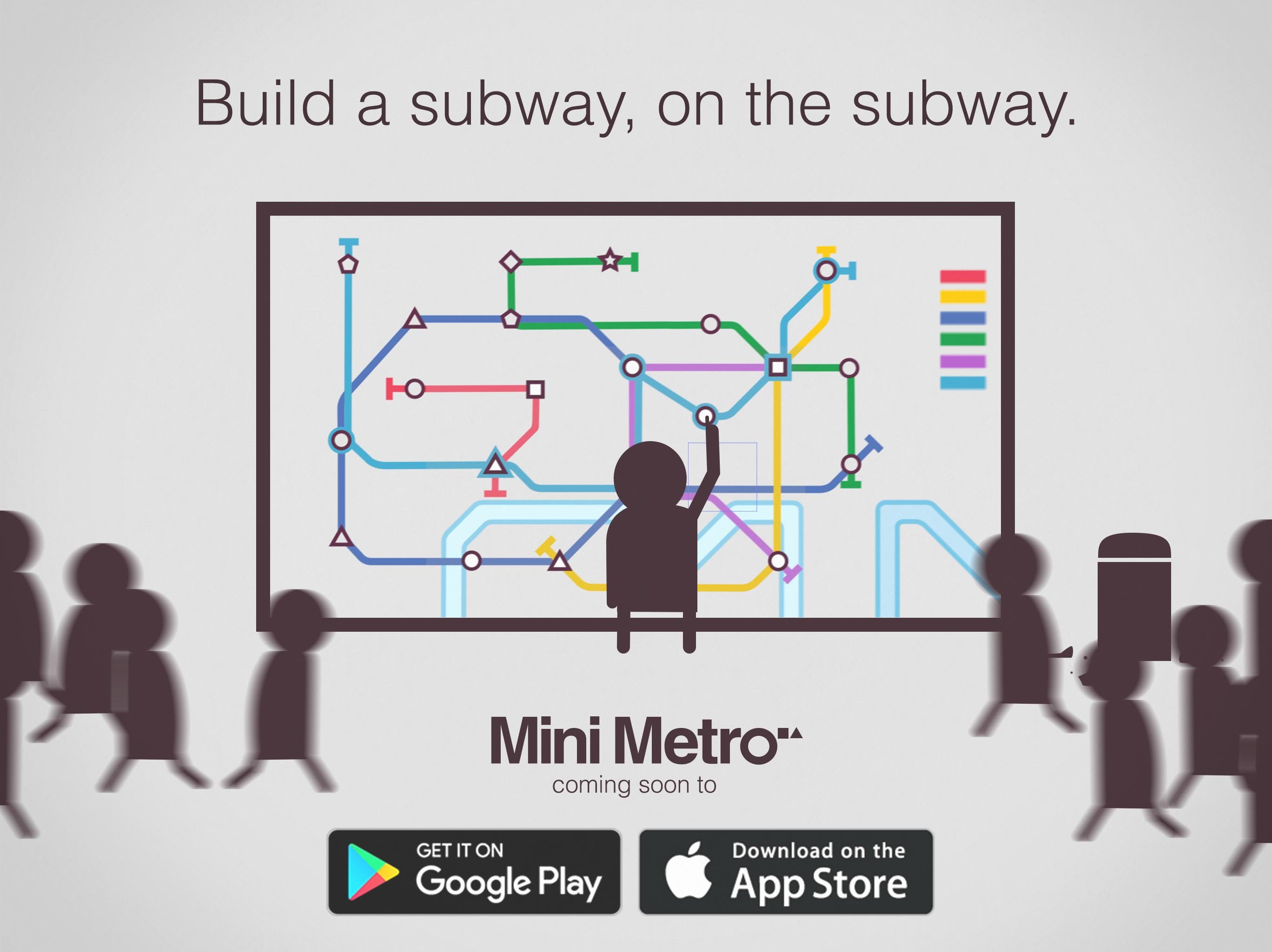 Playdigious, the new mobile publisher established by DotEmu’s founders, and Dinosaur Polo Club, the multi-awarded studio behind the subway layout game Mini Metro, are proud to announce that the critically acclaimed subway simulator already out on Steam will come to Android and iOS mobiles soon.

With 250.000 copies sold on desktop so far and a strong support from its core community, Mini Metro is a hit game with a minimalistic interface and push-buttons mechanics that are perfect fits for a captivating experience on mobiles. The core gameplay is all about designing a subway map for sprawling cities like Paris, Berlin or New York. Players simply draw lines between stations and start running their trains while making sure the created routes remain efficient as new stations open.

Expansion of the grid goes on at a frenzied pace as long as commuters are satisfied which is no mean feat. Players will eventualy learn the hard way that mastering a subway grid is an art which is not within everyone’s reach!

“Taking Mini Metro onto mobile is the natural step for us given the demand we’ve had for it from day one. We can’t wait for our fans to finally have the relaxing, hectic experience of Mini Metro at their fingertips”, says Robert Curry, design lead at Dinosaur Polo Club.

Mini Metro is due to enter the Android and iOS stations in the upcoming weeks.