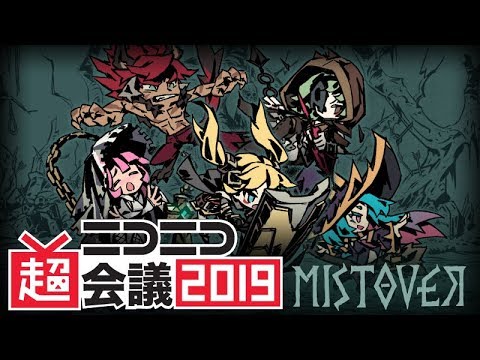 Players can also download the complimentary MISTOVER demos on all the available platforms. A time trial demo tasks the player with escaping the dungeon in ten minutes, while the full demo introduces the player to the lore of the mist and provides an in-depth introduction to the gameplay mechanics. KRAFTON recently announced that community feedback from the demos have been incorporated in the final product.

Featuring a striking art style that draws from both Western and Asian influences, MISTOVER is a roguelike dungeon crawler RPG with a strategy focused turn-based combat system. Players are charged with managing and leading a Corps crew on an ever-changing dungeon expedition through the Pillar of Despair, unraveling the mysteries of the Vortex to find a cure to the corrupting properties of the Mist that threaten the realm.

About MISTOVER
A massive vortex known as the Pillar of Despair released a thick mist that swept across the small kingdom of Arta, decaying the once lush lands. From this vortex, tremendous creatures known as espers were released destroying everything in their path. As Arta laid on the brink of destruction, all attacks subsided and the Expedition Corps began recruiting members willing to brave the deadly mysteries and effects of what Corps members call the Misfortune Mist.

Developed and published by KRAFTON Game Union, MISTOVER launched for the Nintendo SwitchTM system, and PS4TM system, Windows PC (via Steam) in North America and is available for $29.99(USD)/€27,99/£24.99. This title is rated “T for Teen” by the ESRB.