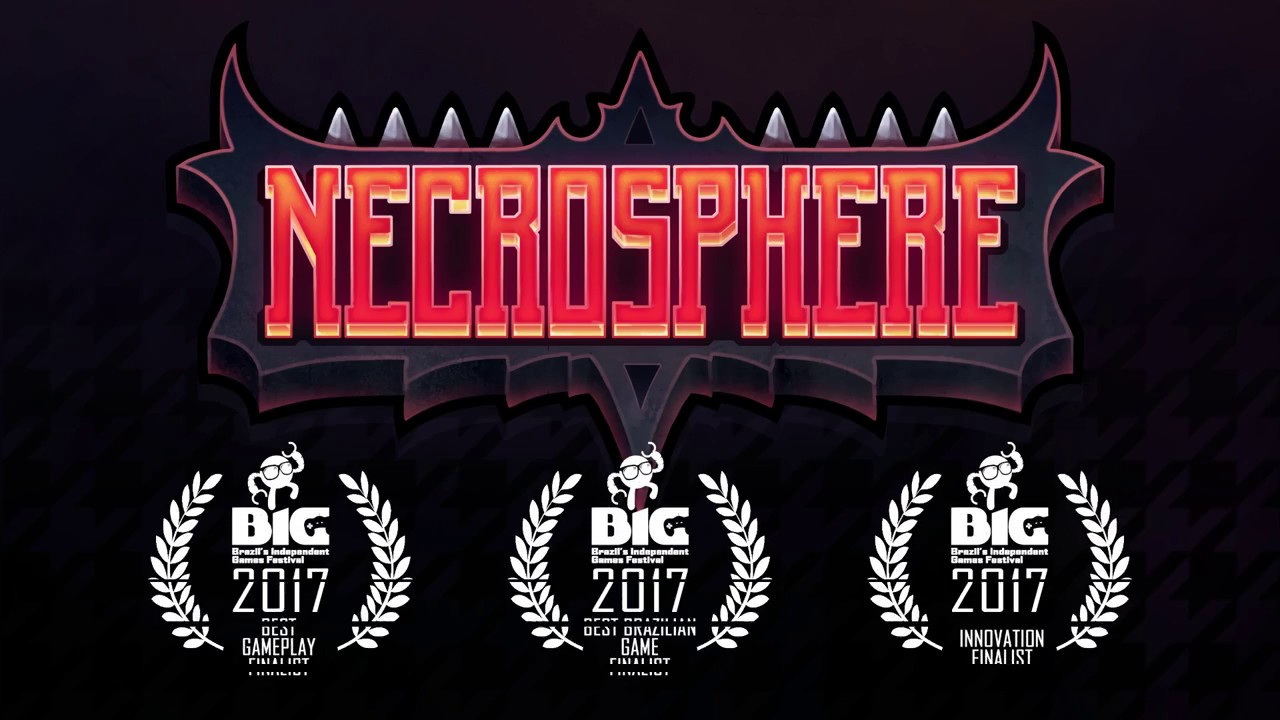 A game with a real retro appeal, Necrosphere is a challenging 2D Metroidvania game with the difficulty ramped up to the extreme.

A battle for survival in the depths of hell itself, with the focus on exploring level after deviously difficult level, escaping the vast array of traps that lie in wait.

Easy to play – you use only two buttons to control your hero – but extremely hard to master, Necrosphere is a game for the toughest of the tough!

Necrosphere was recently nominated for a slew of awards at Brazil’s Independent Games Festival (BIG), including Best Brazilian Game, Best Gameplay and the Innovation Award.

If you are interested in previewing the game, a demo version is available for media enquires. Simply reply to this email or click (here) to request your copy.

Necrosphere will be released 1st September, 2017 on PC, Mac and Linux.

The story
International agent Terry Cooper has found himself in some sticky situations, but this time he may have bitten off more than he can chew. Killed in a mission that went wrong, he wakes up to find himself trapped in the Necrosphere, the otherworldly place where all souls go to die.
All is not lost, however; his fellow agents have managed to escape after discovering a series of portals leading back to the land of the living, and have left Terry a series of notes explaining how he can escape from this hellish place.
All he has to do now is survive the fiendish traps and puzzles that await him, and his quest to escape the afterlife is on…