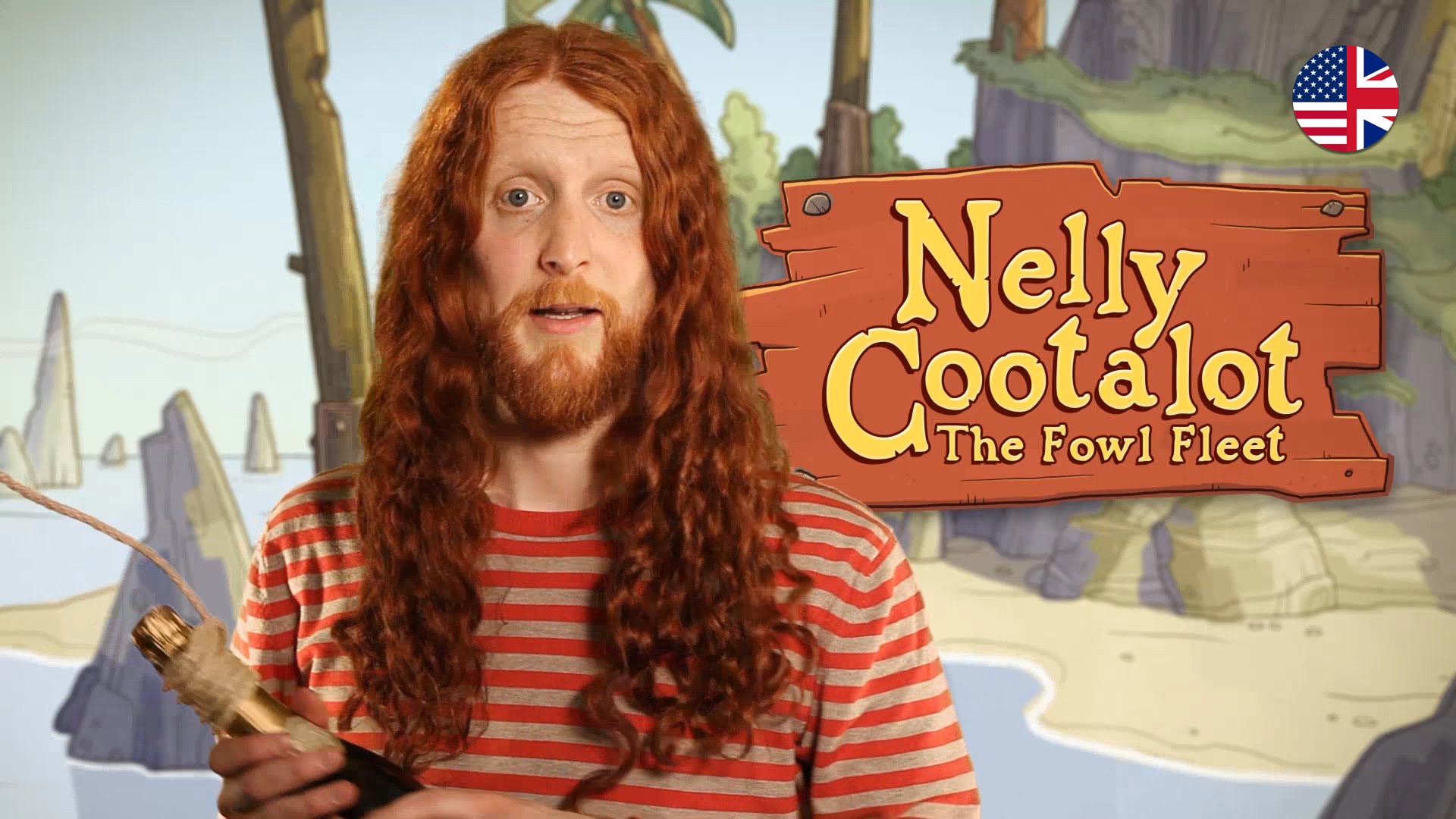 Join Nelly Cootalot in this hilarious adventure game, and rescue birds hypnotised by the villainous Baron Widebeard. The game was created by award-winning British comedian and filmmaker Alasdair Beckett-King and boasts a fantastic voice cast including Tom Baker (Doctor Who).

The game sells as “pay once – play forever” on the Google Play Store, iOS App Store and Amazon App Store:

It is also available on the Windows Store as an Universal App that allows playing the Game on Windows Desktops, Laptops, touch screen devices or Windows phones.

About Nelly Cootalot: The Fowl Fleet

What is Baron Widebeard planning? Can he be stopped? In what way is a frozen volcano involved?

To answer these questions comes Nelly Cootalot: pirate heroine and defender of endangered and adorable creatures. Nelly’s journey will take her from Port Rubicund in the South Seas to the lonely isle of Gloomholm in the icy north.

Explore a charming hand-drawn world, meet outlandish characters and face perplexing challenges in search of the Treasure of the Seventh Sea.

The game offers full voice acting in both English and German, with an incredible cast including the legendary Tom Baker (Doctor Who, Little Britain) and Thomas Reiner (Raumpatrouille Orion, Futurama). It also offers text localisation in French, Spanish and Italian.

History
Nelly Cootalot first appeared in the 2007 freeware game Nelly Cootalot: Spoonbeaks Ahoy! Alasdair created this short game as a birthday present for his girlfriend, and it became a favourite on the indie adventure scene.

In 2013 Alasdair ran a successful Kickstarter to fund a new stand-alone Nelly game. With the support of over 1000 backers, Alasdair teamed up with Application Systems Heidelberg in 2014. With ASH on board, the project rapidly grew in scale, adding cross-platform support, text localisation, German voice acting and tons more animation in glorious High Definition.

The budget grew from the modest Kickstarter haul to a six figure sum, with a team of 45+ people across 4 countries. Blimey, we’ve been busy!

Nice Quotes
“The dialogue is distinctly British, Nelly is defiantly Northern, and the
result is something that bursts with charm.”
– John Walker, Rock, Paper, Shotgun
“Overflowing with charm and heart”
– Adventure Gamers
“The puzzles are as perfect as possible”
– Just Adventure
“Incredibly funny”
– Gamewatcher
“Hilarious and beautiful”
– indiegames
“A perfect break from the standard gender roles in gaming coupled with a
hilarious script and great puzzles!”
– Pixel Bandits
“Tom Baker is in it, which is important.”
– PC Gamer