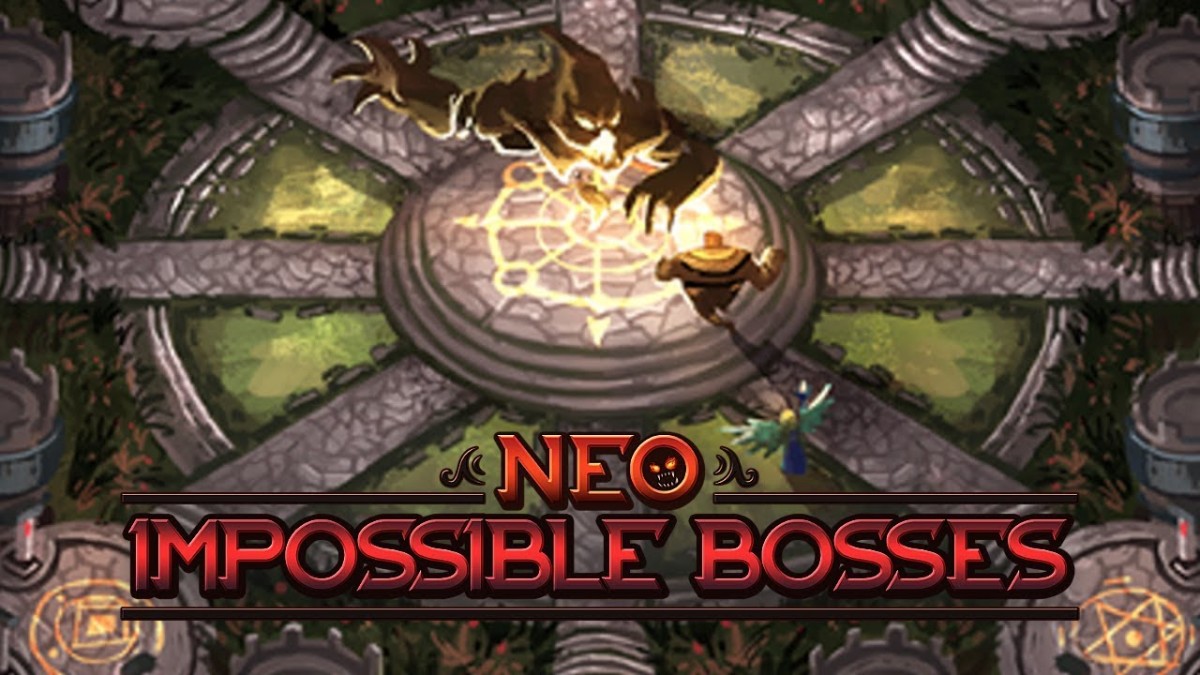 NEO Impossible Bosses is a RTS-MOBA Raidboss rush game in which you (and optionally, friends) utilize a number of heroes to defeat the IMPOSSIBLE BOSSES! Inspired by the original custom map “Impossible Bosses” by Psyris and many other MMO raidbosses, each boss is a unique, challenging encounter and has their own signature abilities.

A True RTS-MOBA experience – Face off against bosses in a single battle arena, either single player or optionally with friends controlling multiple heroes.

Multiple unit control – Indulge in the idea of literally micro-managing your raiders. Pick from any of the 6 hero classes available and control a team of up to 6 heroes at a time. If things get tough, do a Tactical Pause and issue new orders, or play online with your friends to share the burden.

Interesting Abilities and Items – Unlock new and interesting abilities and earn items to improve your chances of taking down the next boss.

Competition – Race up the leaderboards. Be the World First guild to take down bosses, or be the most efficient in score.

Replays – Review how others on the leaderboard take down bosses, and incorporate their strategies into your own.

Ironman mode – For those who want to play the original game mode, a single defeat in any boss encounter means game loss.