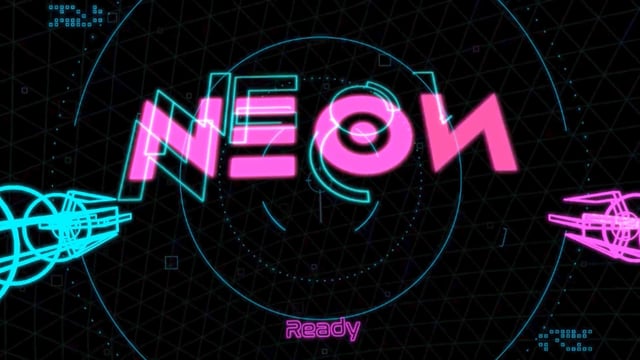 To pay off your life debts you’ve been uploaded to one of millions of nano-workbots in the sun’s core to prevent solar flares by breaking down neon isotopes.

You control an ion cannon in a 360º gravitationally affected environment, firing positive and negative ions using left & right triggers at incoming neon isotopes of varying ‘charge’ to eliminate them.

Each of the 42 levels of the game are carefully crafted to give a solid sense of progression and a steady ramping up of difficulty – ideal for introducing non-gamers to VR but challenging enough for more experienced players. Complete all the levels to unlock Infinity Mode and enter the competition to win a Neon prize bundle including limited edition vinyl of the soundtrack.

Later levels will feature stronger gravitational forces, more isotopes, and new kinds of jeopardy. Boss levels with super-structures add to the fun. And it won’t be long until you’re reaching for the mute button on your sassy AI sidekick Seren.

A selection of power-ups such as slo-mo, shockwave and solar blossom mode add to the fun.

Utilising the talents of three music producers (Forward Memory, Dynamix, and I Am Galactic), Neon features an original  soundtrack of ambient electronica and electrotech which complements the modern-retro styling of the game.