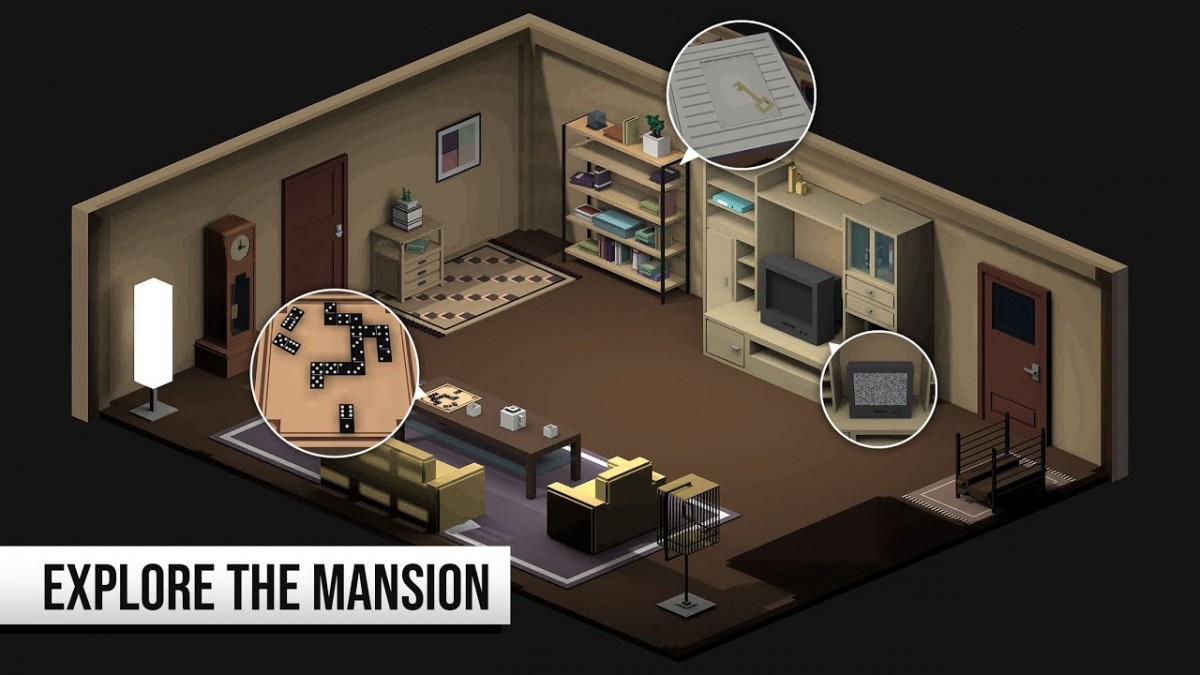 It takes finesse and problem-solving skills to push, pull and rotate your way through the charming dollhouse-style mansion and uncover its darkest secrets.

NOX offers classic point & click brain-teasing puzzle fun in escape room-style. Dive deep into the detailed 3D world of this game where you can navigate each room by rotating your surroundings by 180°, which gives the classic point & click genre new life. Look around and discover secret mechanisms hidden away from prying eyes.

The game progresses by solving various puzzles and challenges and unlocking additional rooms. Some can be opened with traditional keys, others require tinkering with complex mechanisms for which the player must demonstrate a certain skillfulness. From simple number games to retro side scrollers, in which the player has to fight off hostile flying objects – NOX offers a huge variety of different puzzles.

As a bonus, attentive players have the opportunity to find carefully hidden snow globes throughout the entire game. They are filled with fragmented memories to help the player unveil the secrets surrounding the old mansion.

Secrets Are Hiding Even in Your Own Pocket

Different keys, old letters or sleek cylinders – In NOX players collect a variety of items, which are accessible through a convenient quick-toolbar or by opening their personal inventory. This is providing more than just an overview. The player can actively display descriptions for each individual item, combine items with each other or examine them closer. That way, some of the collected items reveal further secrets. For example, a book may contain a key or there could be a number sequence for a combination lock written on the back of a painting.

Dark Secrets and a Mysterious Connection

The player wakes up in a dark, cold cell, which appears to be part of an enormous mansion. Who locked him in here? And why is there no trace of his mysterious kidnapper? Also, it seems like the exit is nowhere to be found… Unlock new rooms and solve puzzles while the house tells its own chilling story. So many things about this strange place seem like items were staged for one reason only: To be found. Besides, the player feels like the mansion is able to literally sense his fear of darkness. And what is the deal with this impossible-to-read language that oddly shows up all over the house? Soon enough, the focus is no longer on making an escape, but instead exploring the terrible secrets that have long been hiding in the shadows of the estate.