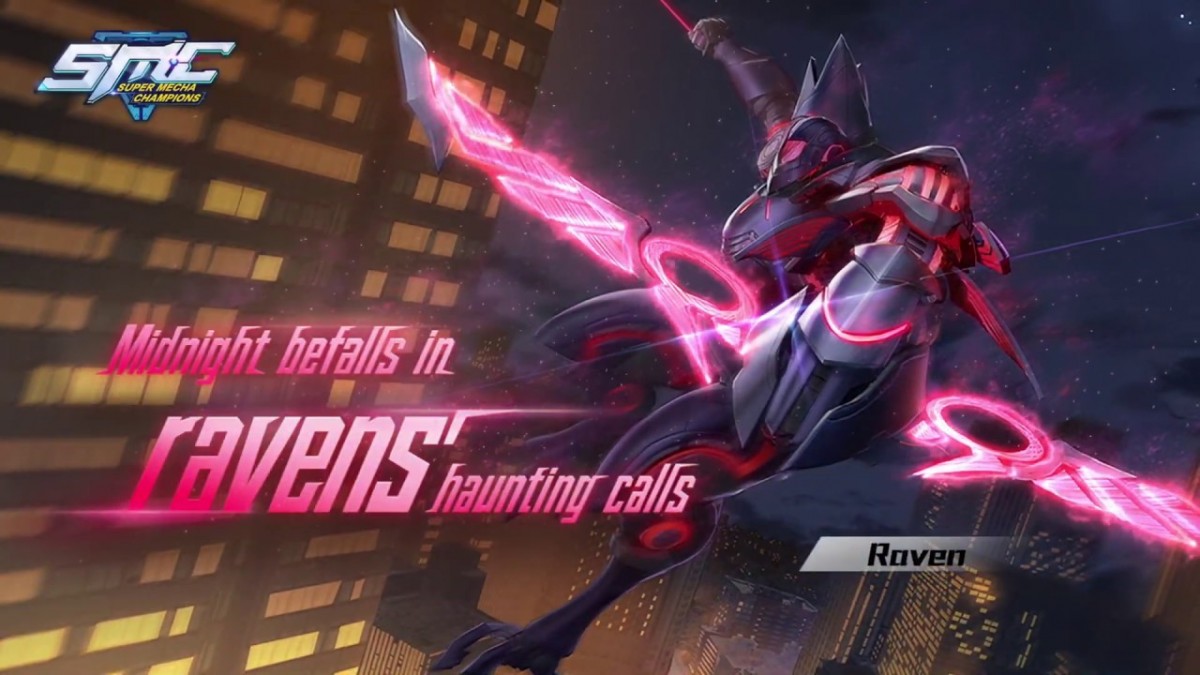 NetEase Games’ popular anime-inspired battle royale mobile game, Super Mecha Champions, has introduced version updates for a new Mecha, new skins and S2 season collection prize draw. Pilots can play with the new Mecha – “Raven” while its arrow pierce through the dark night sky. SS-level and S-level skins are unlocked for Mecha Andromeda, Hotsteel and Skylark. Pilots will be able to experience another round of Mecha storm.

Raven, the Mecha focus on long range attack, uses a powered bow and arrow as its weapon. Once the full power is stored, the arrow reaches its full capacity of maximum damage. This weapon also support successive triple-shot attack. A Raven pilot is able to use the grappling hook to secure the best hiding position and deal massive damage to the enemy by sniping. Raven is aim start a craze with powerful and challenging maneuver.

The Nightfalls dawns, Daybreak, the season collection prize draw is now opened and marks for a milestone of S2 season. Various new updates are made availble for Pilots’ favorite Mechas and characters. Andromeda, Hotsteel and Skylark are all getting new makeovers. The new skin for the most-loved Andromeda is Hildr the Valkyrie, a symbol of the purest light and the end of night! New outfits are unlocked for Rom and Ivan as well, Pilots can play with new looks as dawn breaks over Mecha City.

Super Mecha Champions is also bringing in the Anti-Cheating System to create a fair gameplay environment for all SMC players around the globe. In the days to come, Super Mecha Champions will continues to bring forth brand-new Mechas and characters as well as brand-new contest models for the endless Mecha craze.

Super Mecha Champion is available on the App Store and Google Play Store.