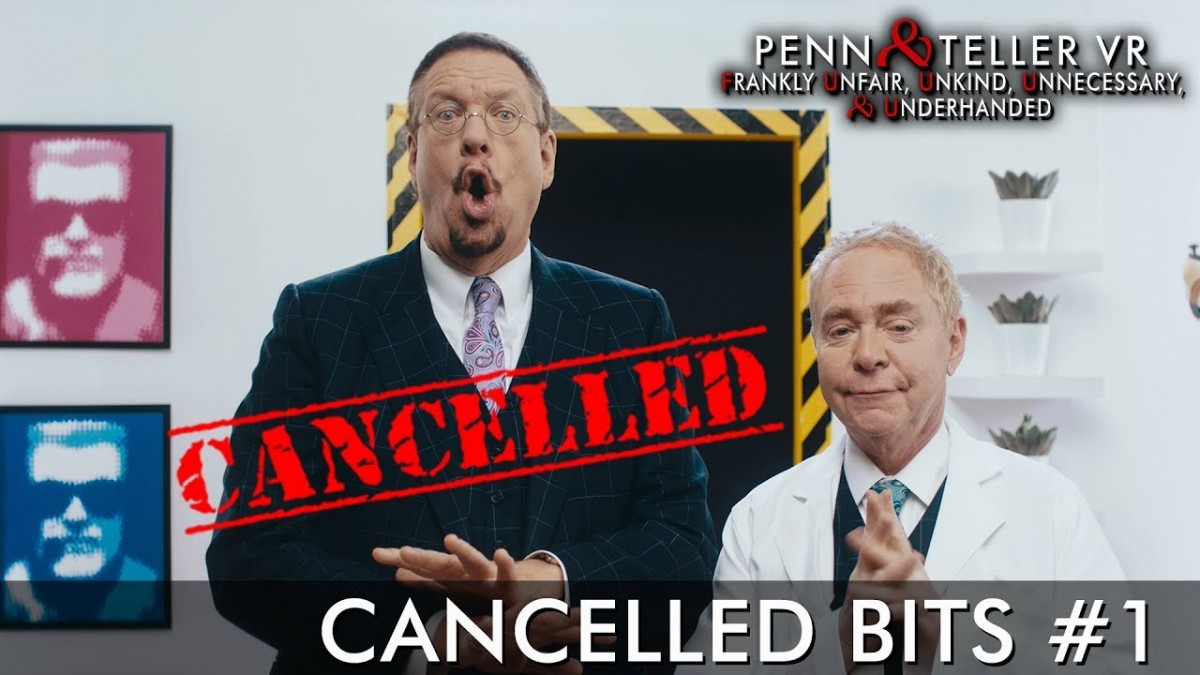 Gearbox Publishing and Gearbox Software  launched Penn & Teller VR: Frankly Unfair, Unkind, Unnecessary & Underhanded (Penn & Teller VR: F U, U, U, & U), a comedic social VR experience. Available on Oculus Quest, Oculus Rift and HTC VIVE and on July 9 for PlayStation® VR, this conniving collection of magical tricks and pranks features instruction from legendary entertainers Penn & Teller. Learn how to pull off each trick with in-game tutorials, then invite your friends and family over to witness the ‘magic’ in VR.

Gearbox is donating to support UNICEF’s Immunization program through an initial $10,000 by Randy Pitchford, President, CEO and Co-founder of Gearbox Software. An additional $10,000 donation will be made for every 100,000 sales of Penn & Teller VR: F U, U, U, & U.

Penn & Teller VR: F U, U, U, & U uses VR to take magic to a new level, capitalizing on both technological trickery and human deception to fool unsuspecting participants. Guided by Penn & Teller, you’ll learn the inner-workings of over a dozen tricks and pranks ranging from jovial jokes to humiliating hoaxes. After mastering each bit, invite your friends or family to step into VR and unleash magical mayhem at their expense.

Don’t have any friends? Penn & Teller VR: F U, U, U, & U is here for you, inviting players to become a ‘willing’ volunteer in magical acts. Attempt to escape from Houdini’s infamous Water Torture Cell or attempt one of life’s most relaxing vocations – window-washing atop a skyscraper!