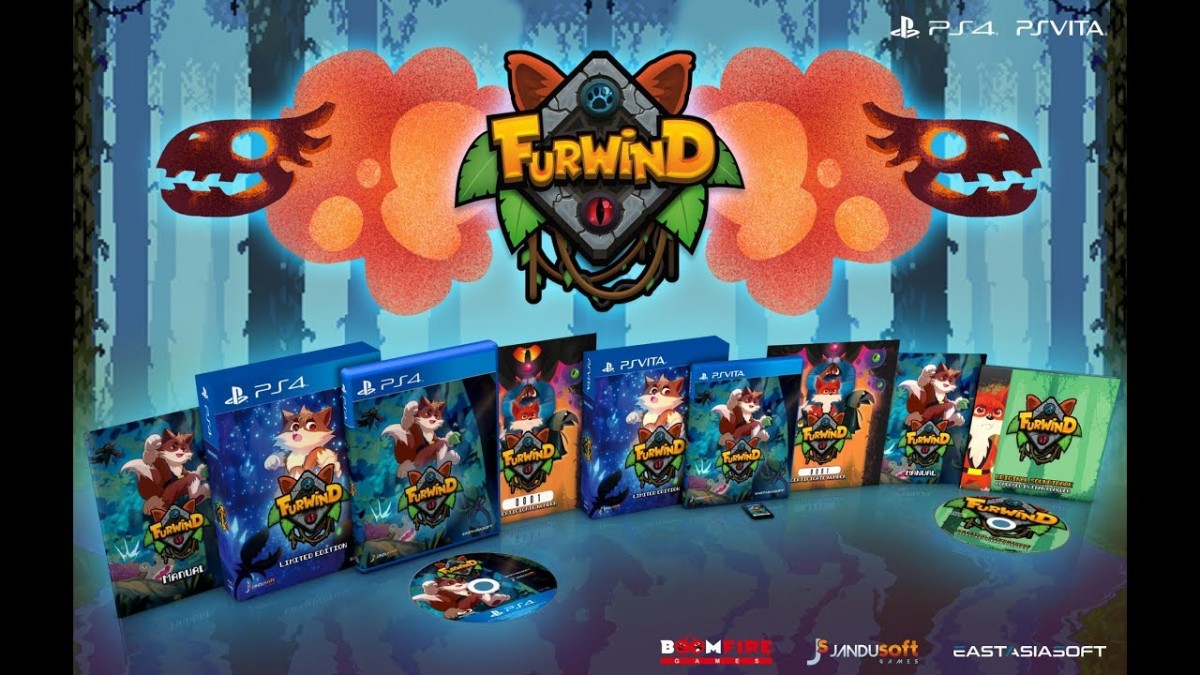 Furwind by BoomfireGames and JanduSoft S.L. is available on PS4, PSVITA and Nintendo Switch. XBOX has been delayed until July 10th.

Furwind is an action-platformer game made in a colorful pixel art that evokes the challenging classics of the old days. Embark on this epic adventure in which a little fox will fight the ominous darkness that is invading its world.

The story begins when a great evil is awakened by a dark cult who threatens to destroy the balance of nature. Our hero is Furwind, a little fox, he is the chosen to restore balance to the world. Through the game, Furwind will get new powers to help him in his journey. These powers are acquired after beating the tests imposed by the ancients he discovers in his path. In the shamanic trip needed to obtain each power, our protagonist will suffer a nightmare where he must advance without stopping, being chased by a dark and terrible mist.

Furwind can use his powers at any moment but they are no infinite, he can refill them in a shop after each stage exchanging gems that are find through the different levels. As a platform game, Furwind evoke classics like Rayman and Mario. Far from common action-shooting titles, Furwind tries to recover gameplay of games from the past but with a unique visual style. This game pretends to challenge the player trough levels full of enemies and traps testing his skill and timing.