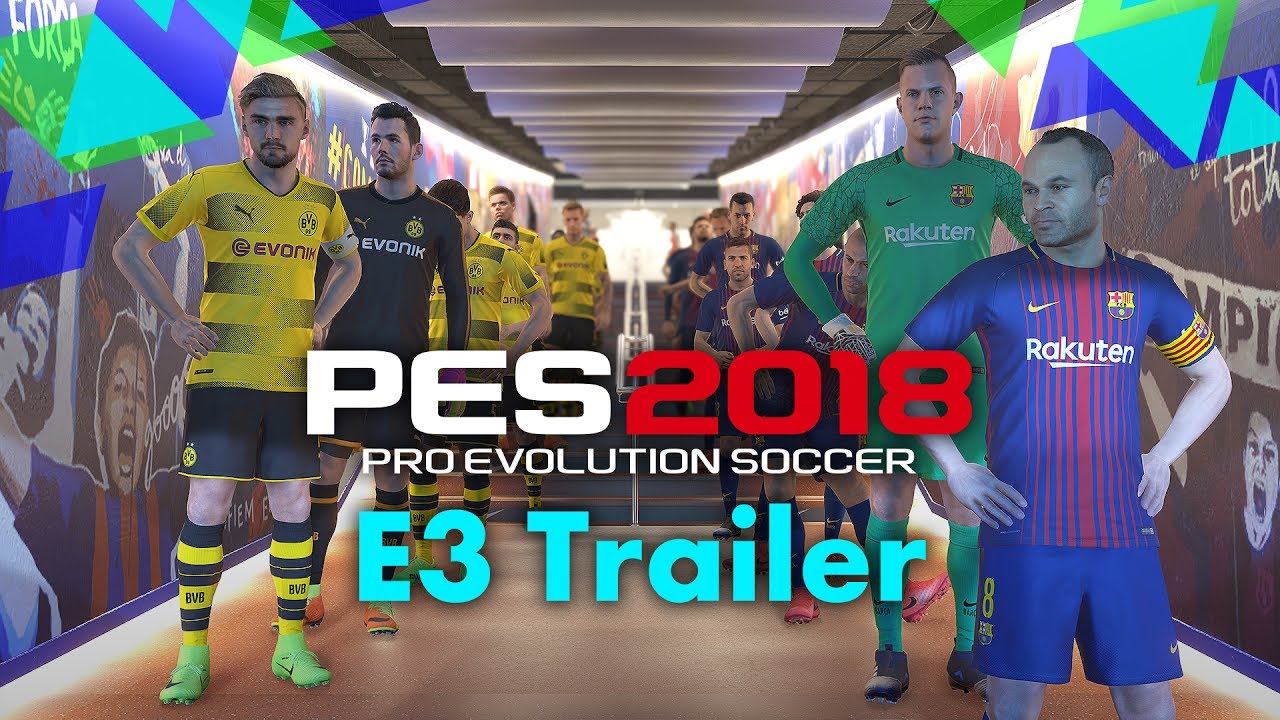 Konami Digital Entertainment B.V. has partnered with Topps Trading Cards, the largest global producer of Trading Card Games, which will see limited edition UEFA Champions League Match Attax Trading Cards for the upcoming 2017-18 tournament given away with copies of PES 2018.

KONAMI is an official partner of UEFA and enjoys exclusive use of the UEFA Champions League and UEFA Europa League competitions within the PES series. Topps Trading Cards has secured the rights to produce cards featuring players and teams from the forthcoming 2017/18 competition, offering fans the chance to collect the greatest players from Europe’s top club teams.

Beginning September 14th, a limited number of exclusive cards will be included in physical versions of PES 2018. These cards will be available ahead of the official launch of the new Topps Match Attax range, and will only be available for a short period.

“We are constantly looking for ways to extend awareness of the PES series to new audiences, and are delighted to be working with a UEFA Champions League partner of the calibre of Topps,” commented Jonas Lygaard, Senior Director – Brand & Business Development for Konami Digital Entertainment B.V. “These collectible cards are huge with young football fans and they can be the first to get their hands on them before Topps officially releases their Match Attax range by purchasing PES 2018 at launch.”

“PES 2018 will offer the definitive football gaming experience, and we are delighted to link our 2017/18 UEFA Champions League collection with such a strong partner,” commented Rod Pearson, Marketing Director for Topps. “This year’s competition will be even more hard-fought and competitive than ever and the agreement between Topps and KONAMI showcases two very different ways to enjoy the progression of Europe’s greatest club sides.”

PES 2018 features more new additions than any other PES title in the last 10 years, and offers complete control over its on-field action. It boasts players that behave, move and react just like their real-life counterparts, with new additions to the control systems adding more fluidity to the game, while a new user interface makes accessing its many modes a simpler process.

The new game retains the immediacy and total control the series is famed for with matches played at a realistic pace. A new strategic dribbling system will offer greater close control, while, simple movements of the control stick can be used to effect shimmies designed to wrong-foot defenders. All set piece routines have also been totally reworked, notably the way penalty kicks are taken and a one-player kick off routine.

PES 2018 also allows more ways for people to enjoy the match day experience. Full 11-Vs-11 online options, and the eternally popular myClub challenge where players build a team from scratch, are joined by co-operative 2-Vs-2 and 3-Vs-3 modes with support for local guests. The much-requested ‘Random Selection’ match returns with all new content, while the Master League mode implements pre-season tournaments, a new transfer system and pre-match interviews and an insight to the changing rooms.

PES 2018 will be released on September 14th for PlayStation®4, Xbox One™, PlayStation®3 and Xbox360™. The game will also be available via Steam in a version that has undergone substantial improvements in terms of aesthetics and content, ensuring the game enjoys parity with the current gen formats.