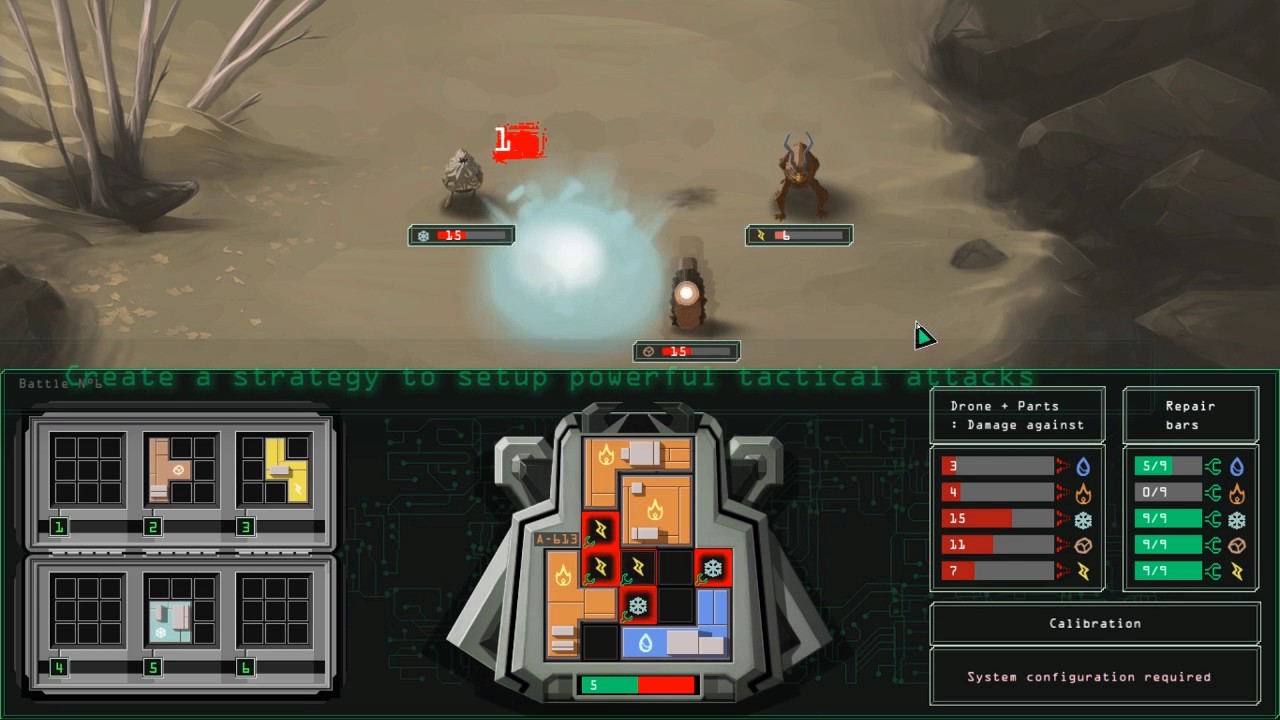 Pharmakon is a roguelite turn based game about tactical battles between puzzle-powered drones and elemental beasts. After 3 years of hard work, Visumeca Games solo developer has released Pharmakon on Steam.

Pharmakon is a brand-new title mixing traditional puzzle and combat strategy.
The adventure takes place in a sci-fi world ruled by technological exploitation of nature’s elements.

To achieve their goal, players power up a drone with elemental puzzle parts to set up tactical attacks against dangerous packs of beasts.

It is a game for players loving to : Think, Measure, Calculate, Adapt, Coordinate, Manage equipment, Optimize, Combine and Anticipate.

Pharmakon has been created to give to the players a game with a simple, coherent and precise panel of possibilities to solve an evolving problem.