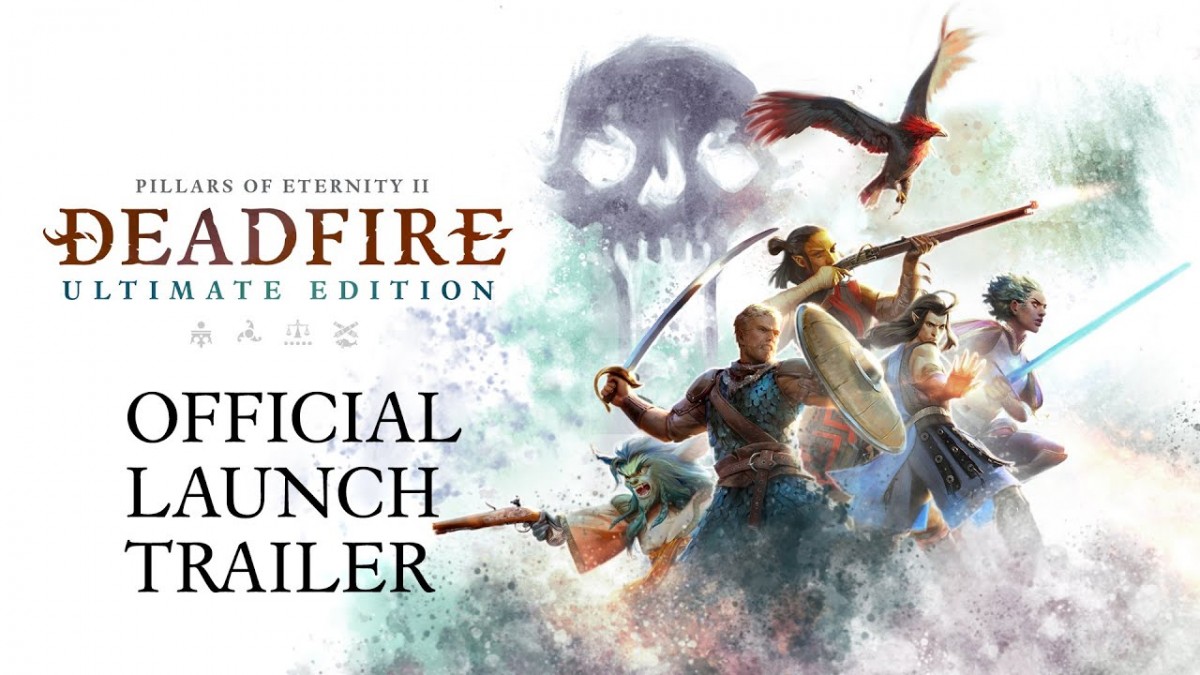 Independent games publisher Versus Evil and developer Obsidian Entertainment announced that Pillars of Eternity II: Deadfire – Ultimate Edition is available on Xbox One and PlayStation 4, with a Nintendo Switch version following later in the year. Originally released for Windows PC and Mac, Deadfire received universal critical acclaim and picked up numerous awards.

Pillars of Eternity II: Deadfire – Ultimate Edition features all the major updates and expansions available for the PC version made up of Beast of Winter, Seeker, Slayer, Survivor and Forgotten Sanctum.

With an enormous open world to explore and comprehensive cast of characters, Pillars of Eternity II: Deadfire – Ultimate Edition builds on the foundation of classic tabletop gameplay more than ever before, providing players with a deeper single player RPG game experience with either Turn-Based Mode or Classic Real-Time with Pause.

Players on PlayStation 4 and Xbox One can now experience and craft their very own sprawling RPG adventure and explore the infinite possibilities that await them from detailed character customization to the individual meaningful choices they make in-game.

About Pillars of Eternity II: Deadfire In Pillars of Eternity II: Deadfire players will embark on a dangerous voyage of discovery to become master of the seas as they command their ship across the new open world region of the Deadfire. Pillars II builds on the foundation of classic RPG gameplay with vastly improved graphics, deeper game mechanics and a whole new handcrafted adventure where choices truly matter. Players can immerse themselves in exploration and discovery as they navigate the rich and exotic Deadfire archipelago by ship, discovering new races, visiting tropical islands, interacting with their inhabitants and engaging encounters at every port. In Pillars of Eternity II: Deadfire players can be accompanied by companions, both familiar and new, and witness their personal relationships evolve with the new companion relationship system. Players can customize the path of their companions by assigning multiple classes and further specialize by choosing a subclass.