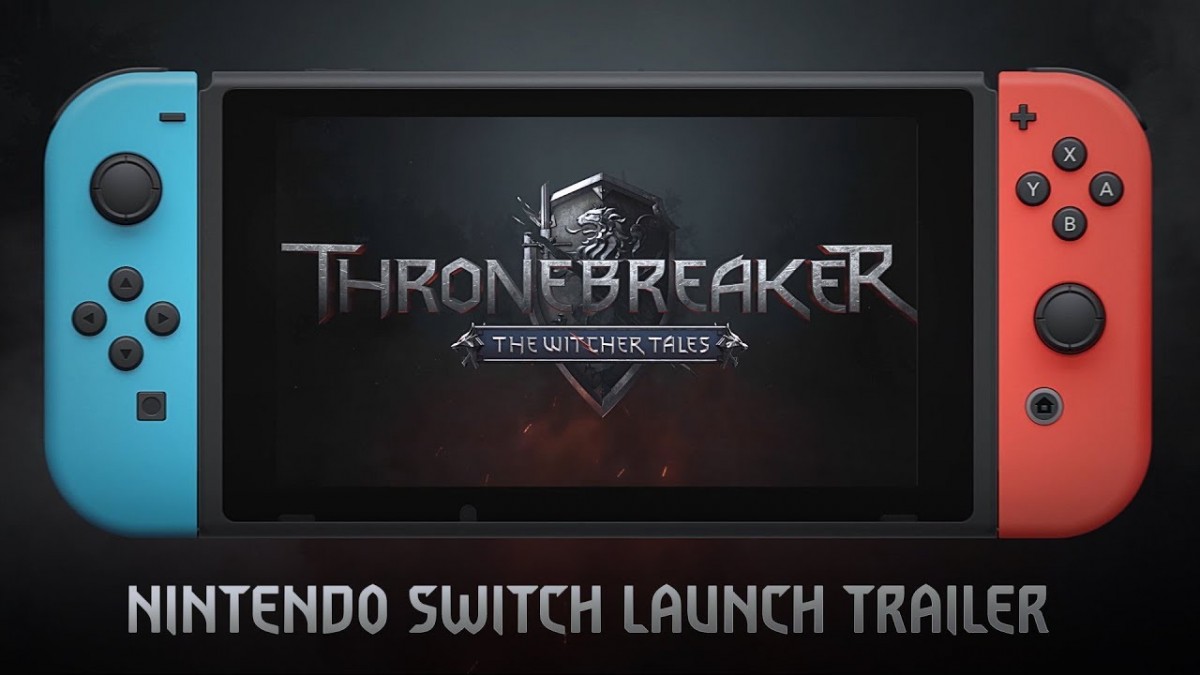 CD PROJEKT RED, creators of The Witcher series of games, announce that Thronebreaker: The Witcher Tales is available for Nintendo Switch.

Thronebreaker is a single player role-playing game that combines narrative-driven exploration with unique puzzles and turn-based battles, and spins the tale of Meve, war-veteran queen of two Northern Realms — Lyria and Rivia. Facing an imminent Nilfgaardian invasion, Meve is forced to once again enter the warpath and set out on a dark journey of destruction and revenge.

About The Witcher franchise
Created by CD PROJEKT RED, The Witcher is a series of fantasy role-playing games following the adventures professional monster slayer Geralt of Rivia. To date, the series has sold over 33 million copies worldwide and garnered over 1000 awards. The Witcher 3: Wild Hunt, which released in 2015 for PC, PlayStation 4 and Xbox One, won a total of 250 Game of the Year awards. The Witcher games are based on the prose of Andrzej Sapkowski.