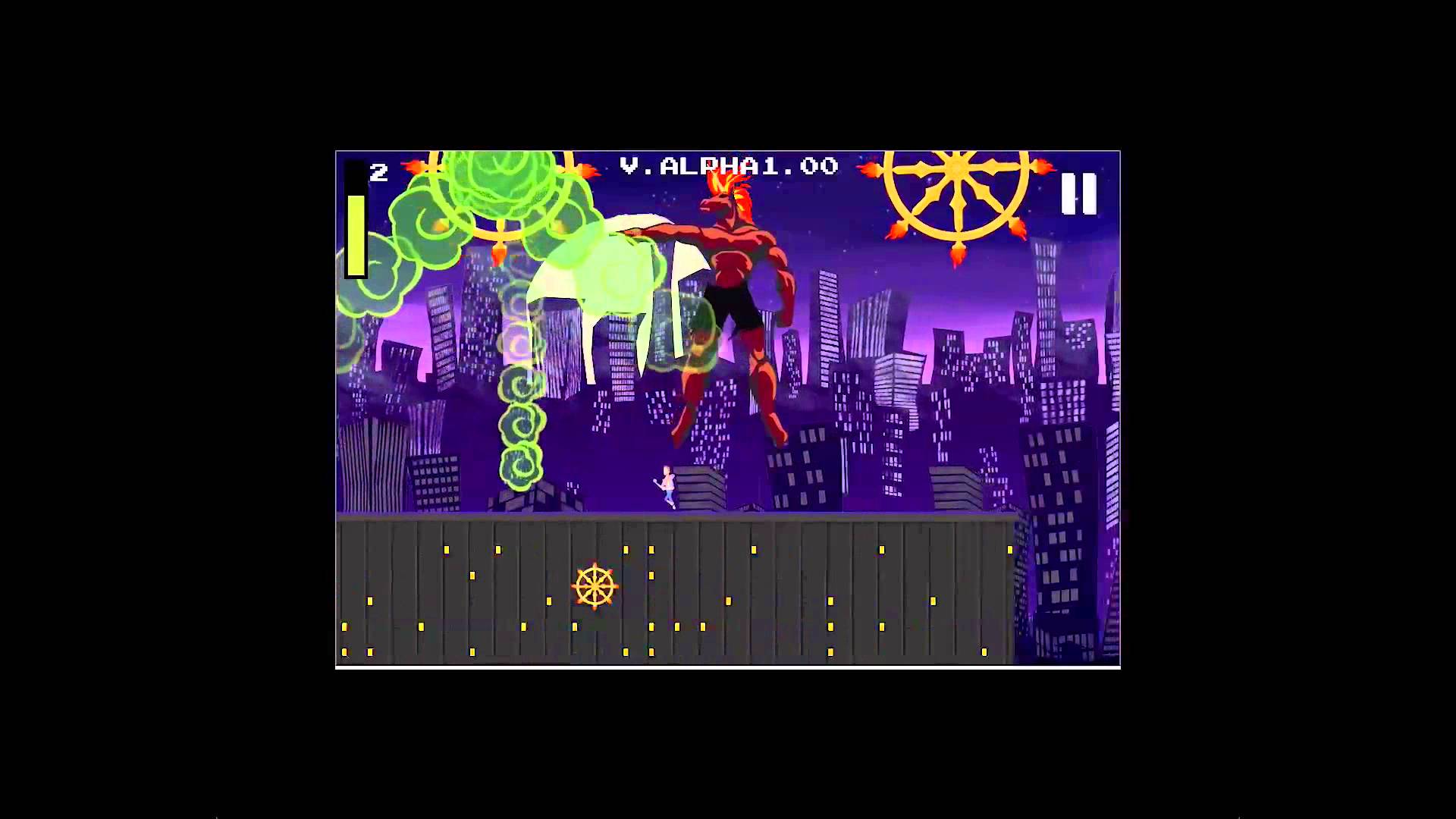 Dave Homan’s politically charged infinite sidescrolling runner, Drugbound, is now available for everyone to play for free in browsers in its alpha form. Please bear in mind that this is an alpha version of the game upon playing it and, as such, there is plenty of work to be done on the game before it will be released.

So what do you get in this alpha version and what will be changing?

*Most of the mechanics of the game are within, including all the levels bar one (four levels out of a total five).
*The difficulty will be tweaked in the next few iterations based on feedback already received and yet to come from players.
*Store and achievements are coming soon
*A January 31st web release (Windows, Mac & Linux) is planned with an iOS and Android release date to unveiled at a later unannounced date.

You can watch gameplay of Drugbound running on a browser in this video: http://www.youtube.com/watch?v=HbJN0NiCorA

Drugbound is an infinite sidescrolling runner experience through a nightmare devilscape of heavily-enforced government prohibition. Players can enjoy the scenic cartoon landscapes as they run, jump and slide the genderless character through five levels of varying insanity, collecting rare medicinal herbs and dodging hellish bosses the entire way. You’ll be able to play Drugbound on your iOS or Android device, Windows, Mac, Linux or on the web due to the cross-platform capabilities of HTML5. Drugbound is set for release on January 31st in web browsers and a later date in 2013 for iOS and Android devices and will be free to download and play. There will be optional in-app purchases for players to invest in if they wish to support the developer.

Features:
HTML5 and multi-platform
Dozens of colorful and inventive ways to gib yourself and die
5 distinct levels to run through each with their own crazy boss
Fantastic chiptune music score provided by Electric Children
Collect rare herbs and upgrade your gender-ambiguous puppet!
FREE AS IN FREE PIZZA (support via responsible in-app purchases)