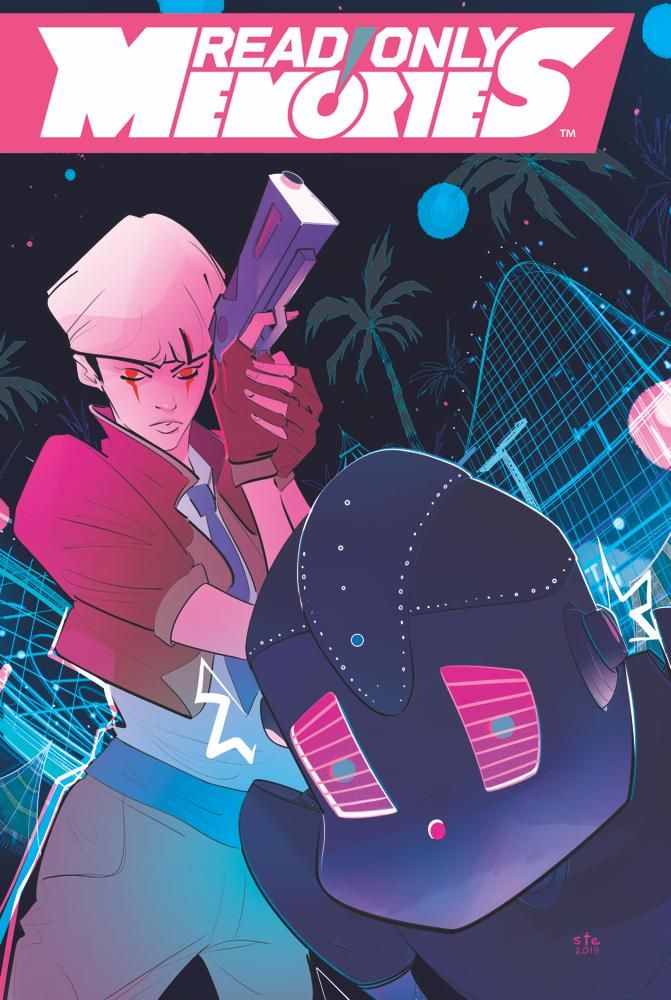 Read Only Memories’ cyberpunk world, popularized by the narrative adventure 2064: Read Only Memories which has been downloaded by more than 1 million gamers, expands to print next month. MidBoss, together with IDW Publishing, will bring issue #1 of a monthly four-issue comic series to stores on Dec. 18, 2019. Taking place in the years after 2064: Read Only Memories, the comic series focuses on franchise mainstay Lexi Rivers. Featured as a detective at the Neo-San Francisco Police Department in 2064, she will appear again in the upcoming Read Only Memories: NEURODIVER, which takes place after the comics.

Now a private investigator, Lexi tracks down a robot’s missing lover in a case taking her through the dangerous beaches of Santa Cruz, California. Worlds apart from the familiar streets of Neo-San Francisco, Read Only Memories issue #1 tackles new themes and questions in a hopeful cyberpunk future populated by sapient AI and genetically modified humans living under the giant thumbs of megacorporations embroiled in a fight for supremacy.

The series features art from Stefano Simeone, who has collaborated with iconic comic publishers including Disney, Dark Horse and Boom! Studios. Together with writer Sina Grace, a veteran whose works include Marvel’s Uncanny X-Men and Iceman, they form a dynamic team to expand the vibrant setting of Read Only Memories to a whole new format.

“IDW, Sina, and Stefano have put their hearts and souls into this limited-series, and the result is an amazing extension of the Read Only Memories universe,” said Cade Peterson, CEO of MidBoss. “The depth of character expression offered by comics is the perfect way for fans of 2064 to learn more about Lexi, while providing a compelling introduction to the cyberpunk universe for newcomers.”