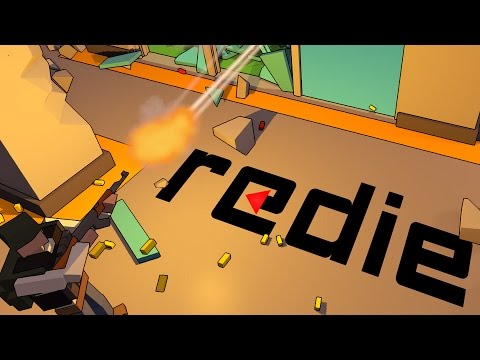 The team of two brothers Rückert Broductions announces, that their debut game Redie is coming to Windows and Linux on December 1st.

Redie (pronounce Re-die) is a singleplayer 3D top-down shooter.
Fight Soldiers, Terrorists, whoever, just kill them all and leave behind a trail of destruction. Don’t expect a story, instead Redie is stuffed with action and focuses on fun and challenging gameplay. Weapons that kill with one bullet, enemies that don’t even miss a shot, mixed with destructible environments, explosives and tight controls are what it’s about.
Prepare to (re)die.

“It’s addictive, the enemies are relentless and it has excellent performance.” – gamingonlinux.com

“To be frank, I thought the game looked kinda ugly. But pretty soon after I jumped in, I found myself hooked.” – cliqist.com