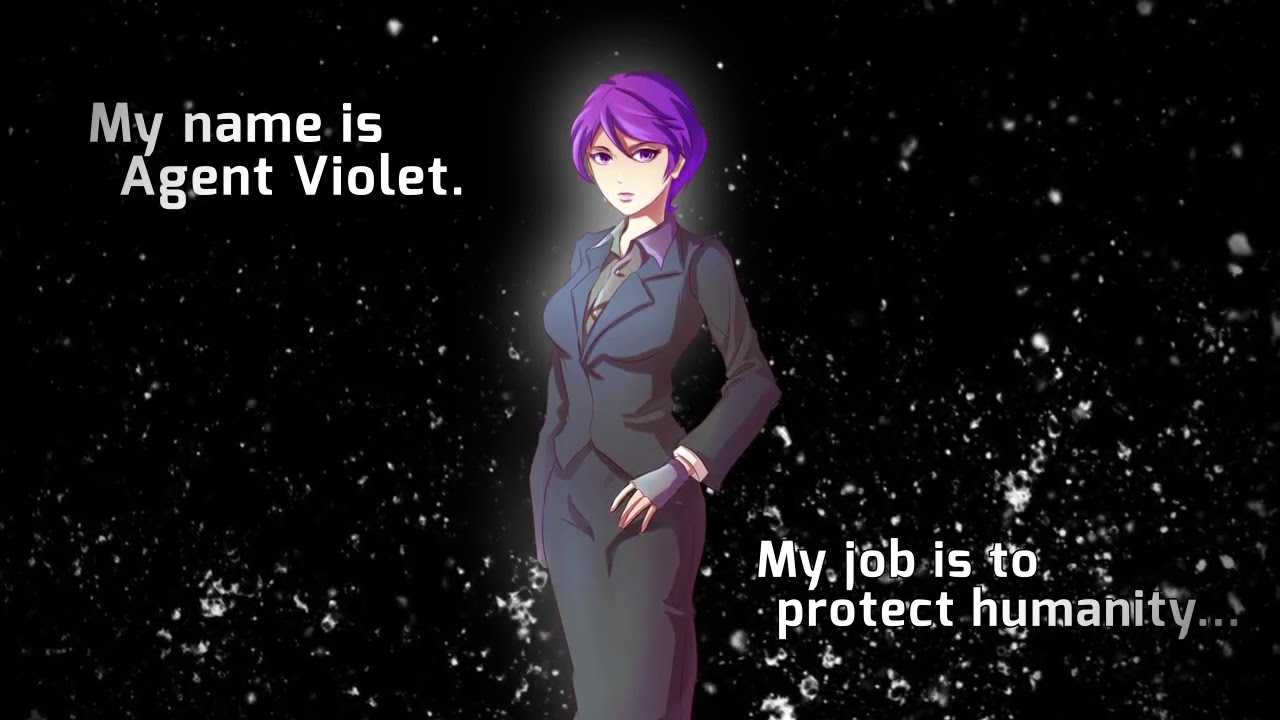 Sekai Project, a publisher and licenser of Japanese new media and electronic entertainment, in partnership with Fastermind Games, is thrilled to announce that the Episode 1 of the Sci-Fi noir visual novel, Selenon Rising is now available on Steam for Windows, Mac, and Linux.

To help celebrate the release of Selenon Rising Episode 1, the game will be 10% off its normal price of $5.99 for the first week.

Hundreds of years have passed since Earth lost the war against the Selenon, a terrifying alien race living on the dark side of the Moon. Now, the Bureau of Human Protection presides over the last vestiges of the human race. The Selenon have kept one city intact, but mercilessly enforce a single law – any advanced technology must be collected and destroyed.

Violet is an agent of SPECTRA, and one of the City’s few psychics – humans who were granted the powers of the Selenon. She and her partner, Blue, have been given a new assignment – find the culprit of a murder that could be linked to the New Moon Resistance, a group of freedom fighters who wish to stop the Selenon at any cost. It seems clear-cut, but things are never that easy as their investigation leads deep into a web of secrets that may reveal humanity’s ultimate fate. Violet must uncover these secrets before it is too late.

Developed by Fastermind Games, Selenon Rising Episode 1 quickly sets the stage and fills it with mystery, murder, lies, and suspects. As SPECTRA agent Violet, players will need to visit and interact with crime scenes, collect clues, and use their psychic powers to interrogate and read the emotions of their suspects. Players will also have to tread a careful path as the choices they make in-game can see them aligned as a strict “Law” abiding agent, a “Neutral” agent up for negotiations, or a lone wolf agent of “Chaos.” Ultimately, the choices made and the alignment assigned will have an outcome on how the story concludes. Has humanity’s fate already been sealed by the Selenon? Will Violet and Blue be able to stop the New Moon Resistance from sparking another war with the Selenon? The answers to these questions and more begin with Selenon Rising Episode 1.

About This Game
Selenon Rising is a sci-fi noir, episodic, mystery visual novel. Buying the base game will give access to Episode 1, with further episodes to be released as DLC in the coming months.

The age of the Selenon has begun. When these all-powerful beings arrived to take control of Earth, no one could stand in their way. Now, they rule over humanity from the dark side of the Moon, and the Bureau of Human Protection presides over the last vestiges of the human race. They have forced humankind to obey a single law – halt all technological progress or be annihilated.

Violet is an agent of SPECTRA, a group of psychics who work for the Bureau. She and her partner Blue have been given a new assignment – find the culprit of a murder. It seems clear-cut, but things are never that easy… especially when they involve the New Moon Resistance, a group of freedom fighters who want to stop the Selenon at any cost.

Their investigation leads to a web of secrets that may reveal humanity’s ultimate fate. But first, Violet must discover them before it is too late.
Epic story
◾Four episodes combine into a novel-length story featuring mystery, love, aliens, conspiracies, and sci-fi action in the distant retro-future.

◾Moral choices change your alignment and guide the story towards a number of possible ending combinations.

◾Dossier with detailed, unlockable articles on the characters, world and technology lets you learn more about the world of Selenon Rising.

Mind-reading powers
◾Use your detective skills to track down evidence and use them in tense interrogations of potential suspects to uncover their lies.

◾Put your psychic abilities to the test by reading suspects’ emotions, and maybe even more than that.