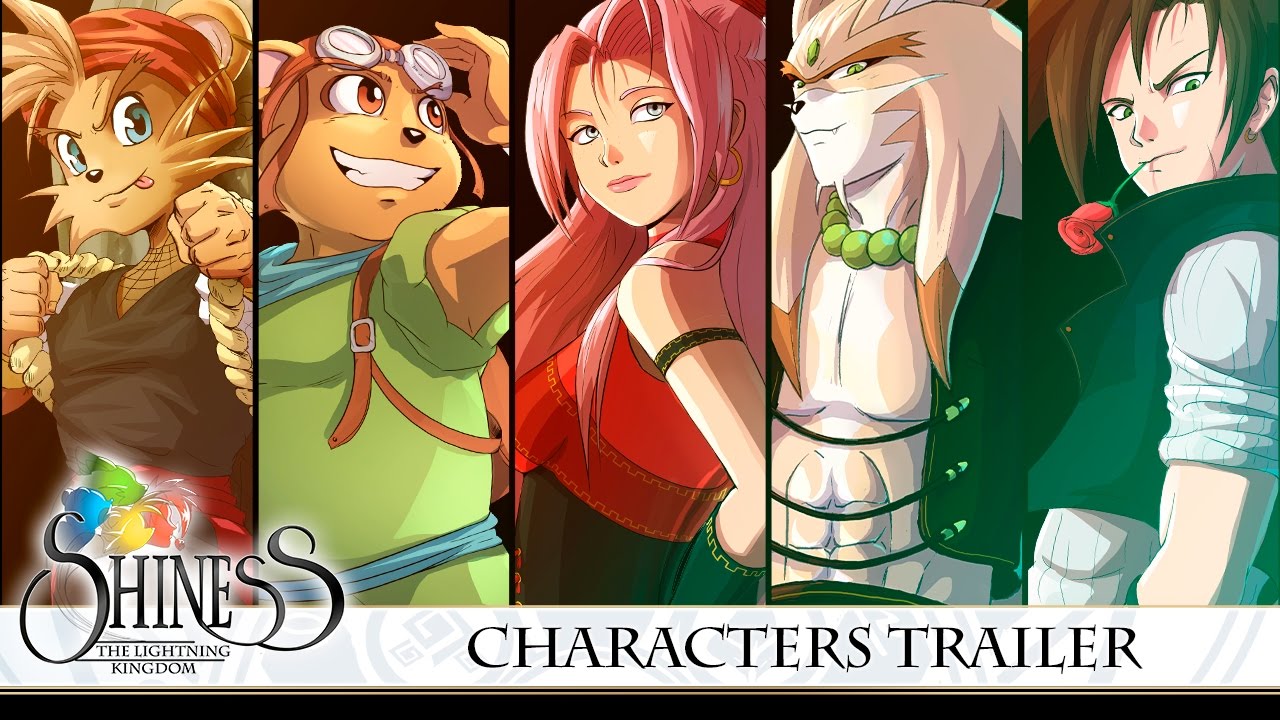 Indie studio Enigami’s upcoming Action-RPG Shiness arrives 18 April for download on PlayStation 4, Xbox One and PC! In today’s Characters Trailer, meet the eclectic band of fighters you’ll take control of as you explore, quest and battle across the magical world of Mahera.

Shiness’ characters and story were first birthed over 20 years ago from the pen strokes of a young Samir Rebib, co-founder of Enigami. Now, after a successful Kickstarter campaign and with the help of publisher Focus Home Interactive, this young team is close to releasing their first game – featuring 5 playable characters with distinct playstyles and personalities:

•Chado – This daring young Waki dreams of travelling far beyond his home town Kimpao – and this desire quickly lands him in big trouble!

•Poky – A faithful friend to Chado, Poky has an incredible talent for engineering that makes up for his lack of courage.

•Rosalya – Shy but loyal to the party, Rosalya has a powerful affinity with fire and is on the search for a mysterious truth.

•Askel – A formidable young mercenary, the enigmatic Askel already has a far-reaching reputation in Mahera.

•Kayenne – A strong, natural born leader, Kayenne remains calm in even the most difficult situations.

Directly control your party members in hyper-dynamic combat – each character has powerful magical abilities and their own devastating Hyper Combos! Though battles are 1v1 in classic fighting game tradition, party members can cast spells from the sidelines and be swapped out through the tag team system.

Outside battle, the open, puzzle-filled environments give party members plenty of opportunities to shine. From Kayenne’s telekinetic talents to Rosalya’s use of fire to reveal hidden entrances, use potent abilities to overcome any obstacle that stands in your way.

Shiness: The Lightning Kingdom arrives for download on PlayStation 4, Xbox One and PC on 18 April 2017.
Pre-orders for PC are open on Steam, and include the Official Shiness Manga, the Original Soundtrack and 15% off the game’s price. Pre-orders on Xbox One are now available as well.