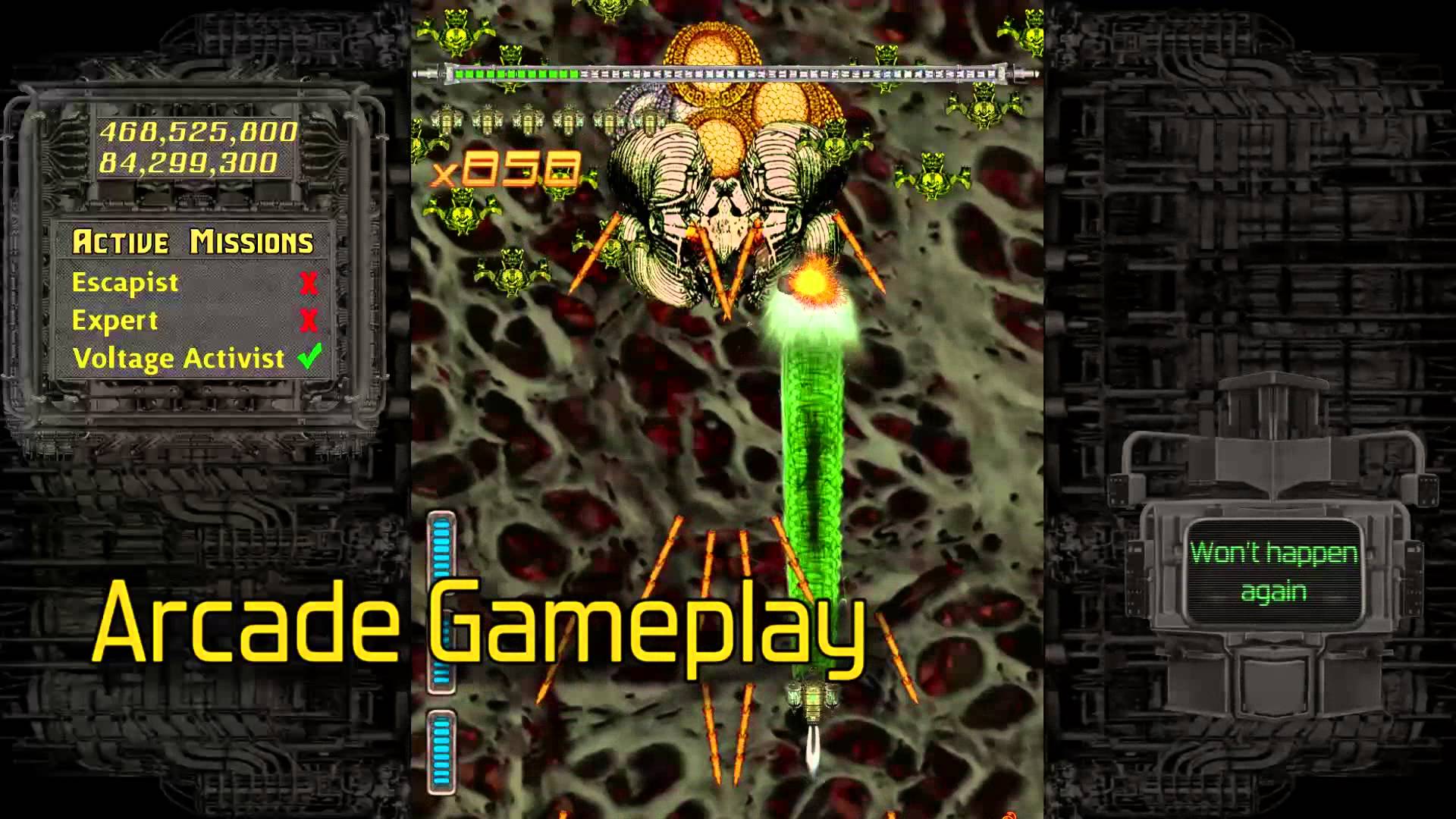 klutzGames releases today their retro style arcade shoot-em-up “Teslapunk” for Wii U as digital download in the US and Canada. The EU and Australia release will be one week after on December 15. Teslapunk combines astonishing visuals from award winning artist Thorsten Fleisch with action packed and addictive game play. It takes you to a dark retro-future with high-voltage powered vintage machines. Defend earth against Emperor Zangórax, popular Martian DJ by night, frantic and merciless invader by day.

Teslapunk comes with two game modes. In arcade mode you play through 6 different levels, dodging bullets, killing enemies and occasionally canceling bullets with a feature called Voltage Burst. Canceling bullets raises the multiplier and thus the score. But beware, it also raises the difficulty. Epic boss battles await you. In survival mode you have to fight endless attack waves, collecting coins and power ups on your way. You can equip and level up your ship to be more effective.