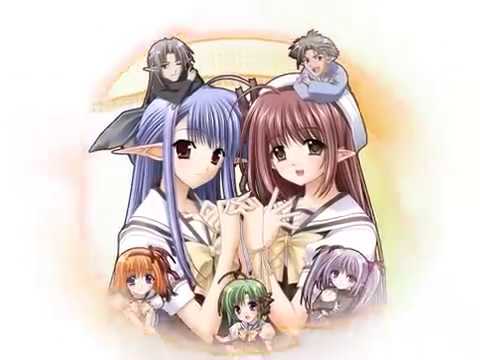 “Shuffle!” was originally released by Navel in 2004, at the same time when “Fate/Stay Night” and “CLANNAD” were gaining popularity.
Now, YumeHaven has released the console version of “Shuffle!” in English on Steam on November 22nd, 2016. This is the first time that the console version has received an official English localization.
In addition to the 5 girls’ routes, which were originally available, 2 more playable routes have been added, “Kareha” and “Mayumi Thyme”.

In a certain ancient ruin, two doors were discovered, then accidentally opened. Through these doors were two different worlds: the World of the Gods, and the World of Demons. The three worlds from then on out became interconnected, bringing drastic changes to the human world…

Two different families moved in either side of a boy who was living in peace and quiet. These were the families of the King of the Gods and the King of the Demons, the rulers of their respective worlds. Both of these Kings had moved upon the wishes of their daughters, who had been in love with the boy since they were young. Years ago, the two girls met the boy only for a moment and neither of them could forget that fateful encounter as they continued to hold him close in their hearts.

Now, with the boy’s friends and roommates and all sorts of other people getting mixed up in their story, they begin their new lives―full of trouble, despair, and maybe a little bit of hope.

“The man who can become either God, Demon, or Human.”
As his friends jokingly call him this, packed with a bit of both sarcasm and envy, the story begins…