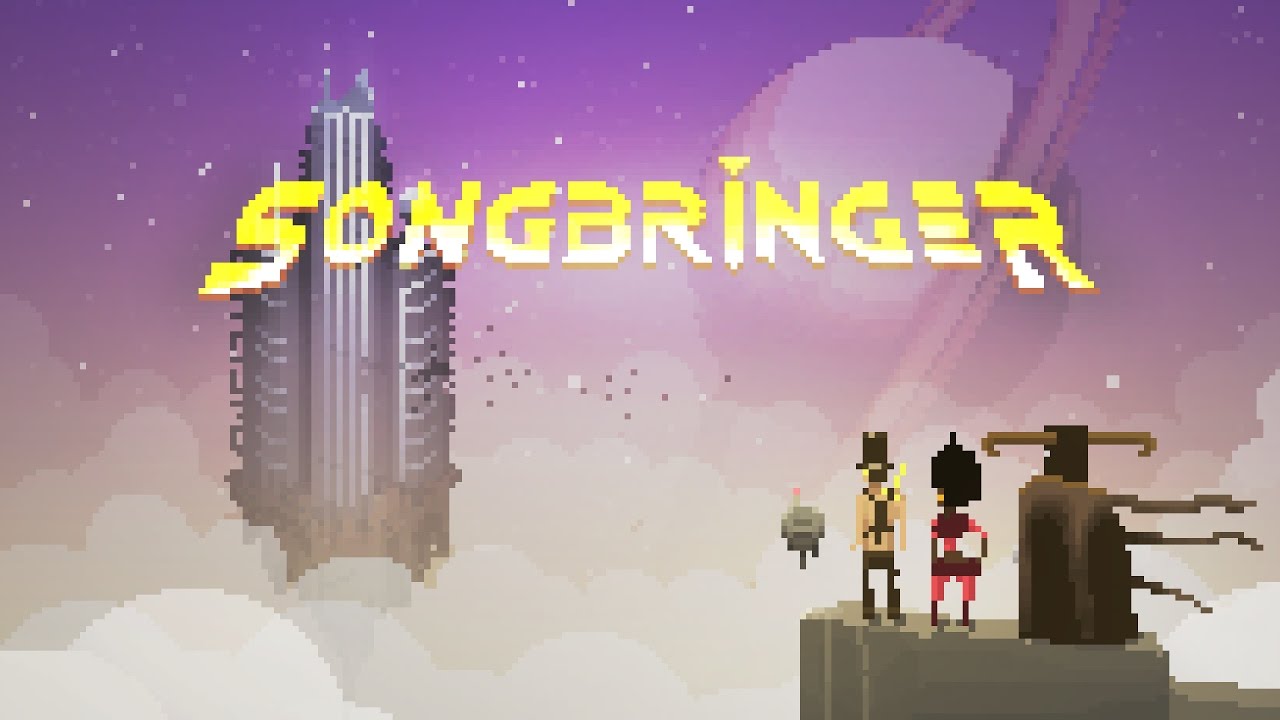 Introducing Roq – a shirtless carefree dude just cruising the galaxy in search of the ultimate party aboard the space-faring art party ship, Songbringer. When Roq accidentally awakens an ancient evil army, the galaxy as he knows it is thrown into war. Now it’s up to Roq and his trusty sidekick, Jib, to save the galaxy from total annihilation.

Songbringer presents a gorgeous procedurally-generated overworld with ten dungeons in 3/4 perspective. Players enter a six-letter world seed code when starting a new adventure, granting them the possibility to explore 308 million unique environment combinations – no adventure is ever the same, unless you share your code with friends: The seed codes generate the world dynamically and deterministically, so entering the same seed will always generate the same world.

A rich, immersive storyline and a fantastical sci-fi universe littered with secrets, Songbringer introduces the unique concept of hidden realms. As Roq, learn to utilise the powers of the rare cacti you will find in the world to see things that aren’t there (or are they?): doors, items and other loot that can help you on your journey.

With action-packed combat and several unique weapons to choose from, including the epic and humming nanosword, the boomerang-like top hat, the ghost sword projectile, and plenty of bombs, Songbringer allows players to go it alone in the galaxy or with a friend – local co-op allows for a second player to join you as Jib, your robot companion with a strange propensity for moustaches. Overcome crowded mobs, virus androids, gigantic bosses and solve a series of puzzles to get you back where you belong; at peace and partying the night away on the Songbringer as you sail the solar winds of the galaxy with your friends.