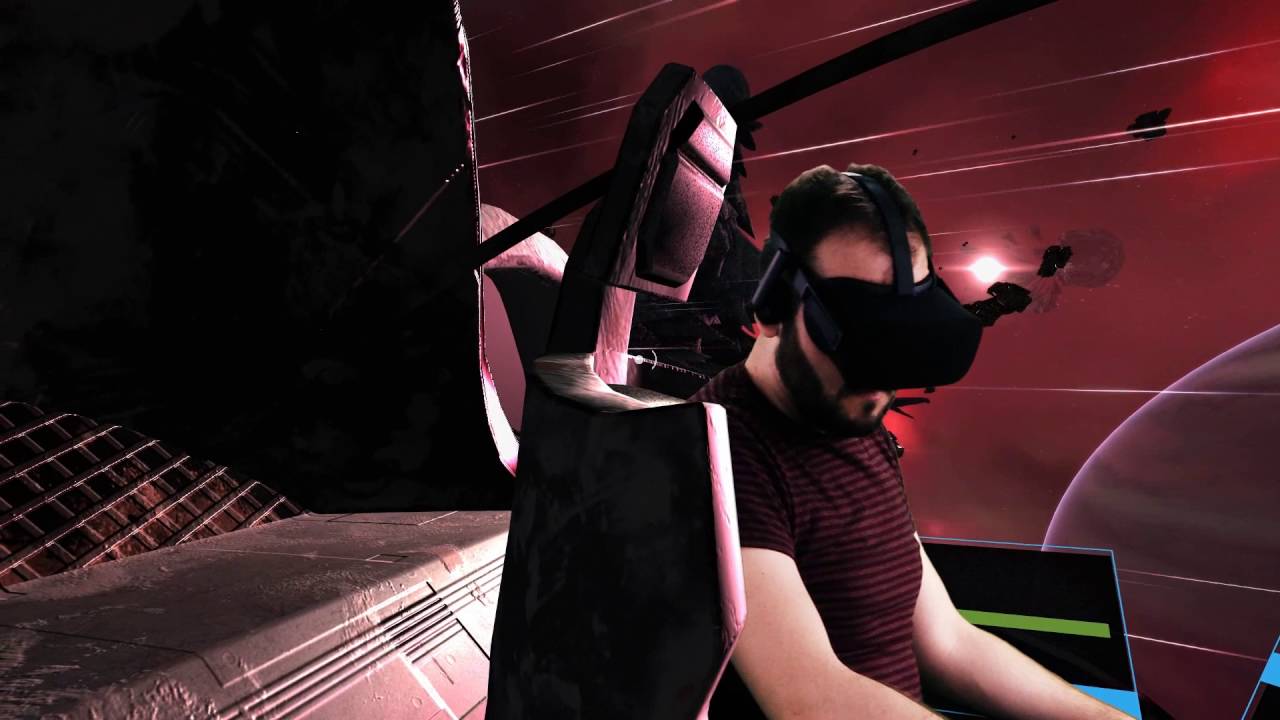 Virtual Reality experience sets focus on great storytelling
In August, the first episode of the VR game Space Rift – Episode 1 was released for all established VR headsets for PC via Steam, the Humble Store and Viveport. It is now also available for Playstation VR!

About Space Rift- Episode 1: The player will become part of the story
Earth has been devastated entirely by a destructive meteor shower, thus forcing humanity to emigrate to Mars. Humans were enslaved by the organizations WEYSS and PANDORA and carve out a miserable existence on the xeric red planet. Players slip into the role of the veteran pilot Casey, who takes on the hostile organizations in order to liberate humankind from their suffering on Mars. Radio transmissions, newscasts and the interaction with the fondly designed non-player characters on the base station continuously add new thrilling details about the on-going conflict and also reveal pieces of background information.

Nominated for the German Developers’ award 2016
The German Developers’ Award (Deutscher Entwicklerpreis) ist the most important award for outstanding achievements in the sector of game development in German speaking countries. The VR space adventure Space Rift – Episode 1 got nominated in the category “Best VR/AR Experience”. The ceremony will take place on December 7th in Cologne, Germany. A top-class and well-staffed jury, packed with journalists, game developers and professionals with an academic or communication background, will declare/select the winners. The first story-based and in Germany developed VR game experience Space Rift – Episode 1 stands out from its competitors through a cinematic production and a thrilling story as well as outstandingly designed missions and a progressive character development.

Real cockpit feeling in outer space
The combination with Virtual Reality leads Space Rift – Episode 1 to provide a unique and immersive gaming experience. This motivates the player to advance the story autonomously and to put together newly revealed pieces in the puzzle. Concurrently, the space ship evolves into being the player’s favorite companion – not only in connection with the quest to free humankind, but also in the course of exploring the whole galaxy. The particular segments of the playable outer space were designed individually by the level designers and therefore offer a vast amount of variety – also thanks to impressive visual effects.