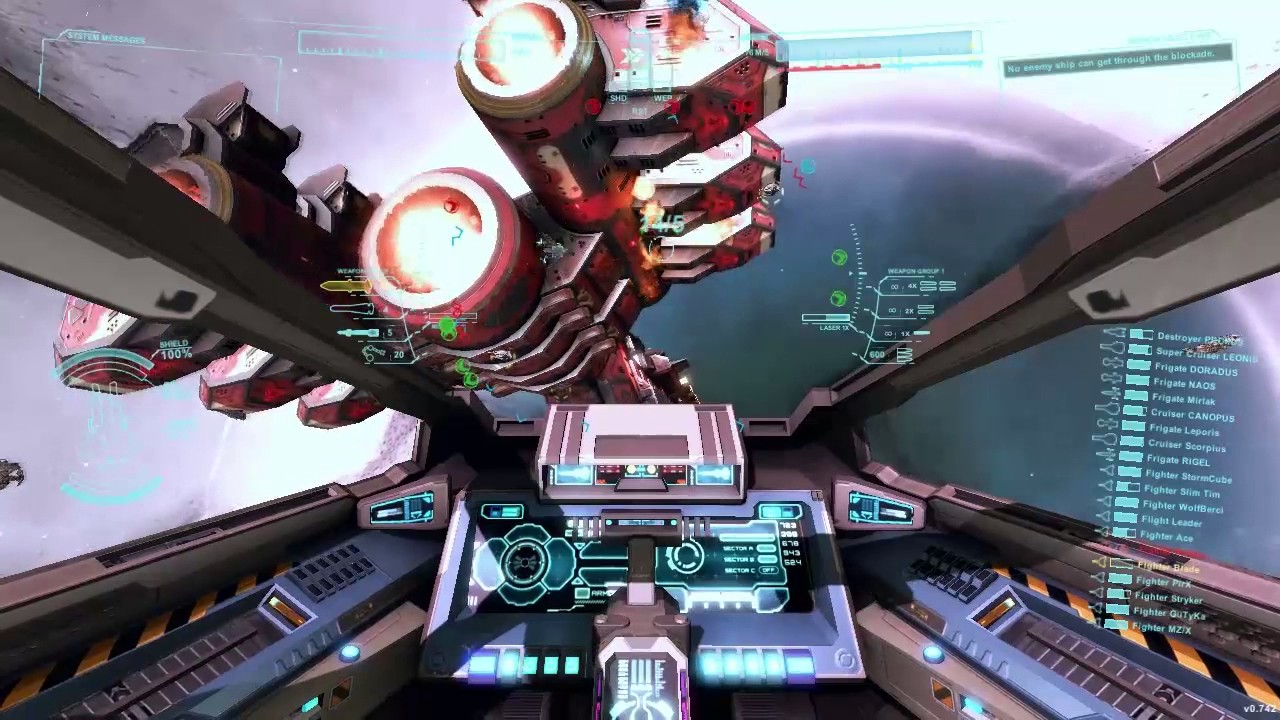 Starway Fleet, a space shooter for Windows PC on Steam by StormCube Games, was released today in early access. You can test your pilot skills in 6 single player missions with your AI wingmen or even with one or two of your allies in co-op multiplayer mode. The game also has a free demo version with the tutorial and the first mission.

Jump in the cockpit of a space fighter

Experience the heat of space combat and discover the Universe as a fighter pilot assigned to the fleet. Take part in various missions including interception or reconnaissance, provide fighter cover for cargo ships or help rescue the crew of disabled ships etc.

Fight offline in quick missions against computer-controlled enemies or online with your friends in co-op mode.

Be the famous fighter ace, let the whole Universe know your name!