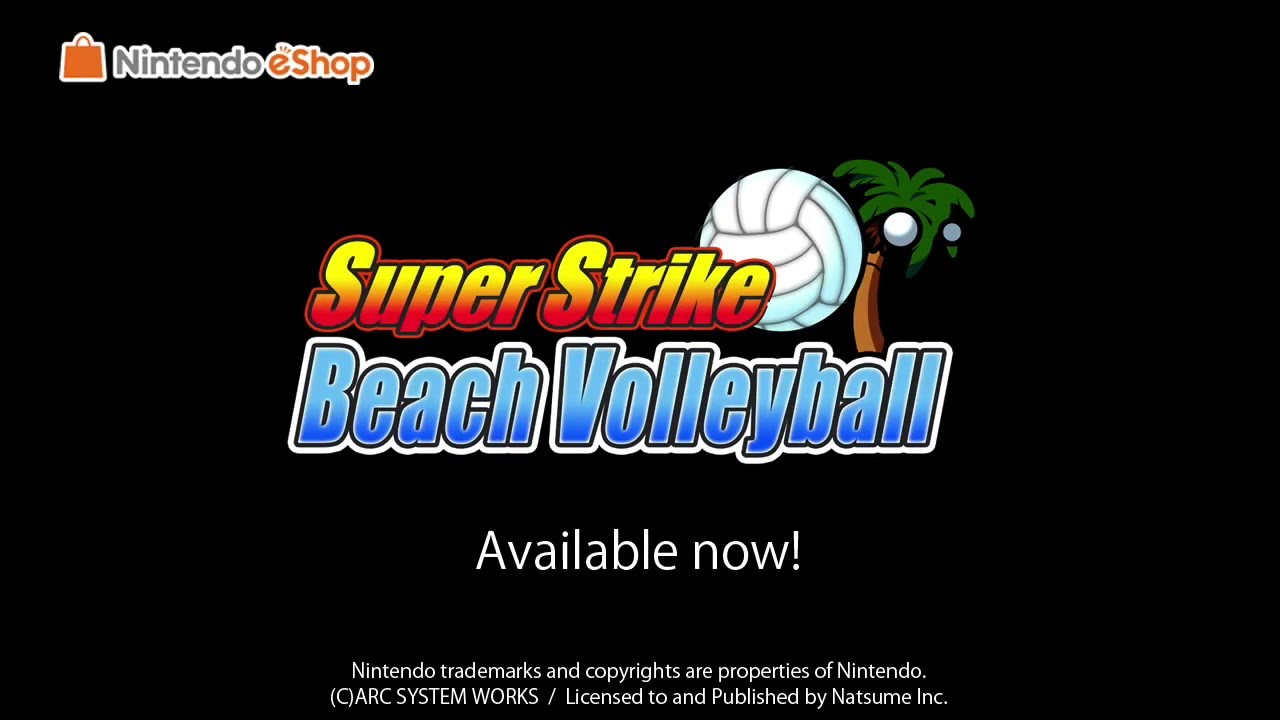 Natsume Inc., a worldwide developer and publisher of family-oriented video games, and Arc System Works are proud to announce that the next game in the their publishing partnership, Super Strike Beach Volleyball, is now available on the Nintendo 3DS eShop in North America and Europe. The game is rated E for Everyone by the ESRB and retails for $4.99 in North America, and is rated 3+ by PEGI and retails for €4.99 in Europe.

“We’re excited to give 3DS owners the chance to play Super Strike Beach Volleyball,” said Hiro Maekawa, President & CEO of Natsume. “With three modes included, players will want to keep playing to become the undisputed King of the Beach!”

Super Strike Beach Volleyball brings some fun under the sun to players’ 3DS without needing to put on sunscreen! Players can choose from three modes: Campaign Mode, Survivor Mode, and Free Play Mode.

Campaign mode challenges players to become the King of the Beach, as they take on their rivals in numerous matches. Each win allows players to raise their character attributes, making seemingly undefeatable opponents easier to defeat. In addition to beefing up a character, defeating rivals also earns their opponents’ swimsuits as an alternative costume for each character.

Survivor Mode lets players choose their improved character and play against as many opponents as they can until they lose. Set ’em up and knock ’em down!

Free Play mode offers a more casual experience, giving players more freedom over the location of the match, characters, and various match settings. This is ideal for players who just want to wind down with a game of volleyball.