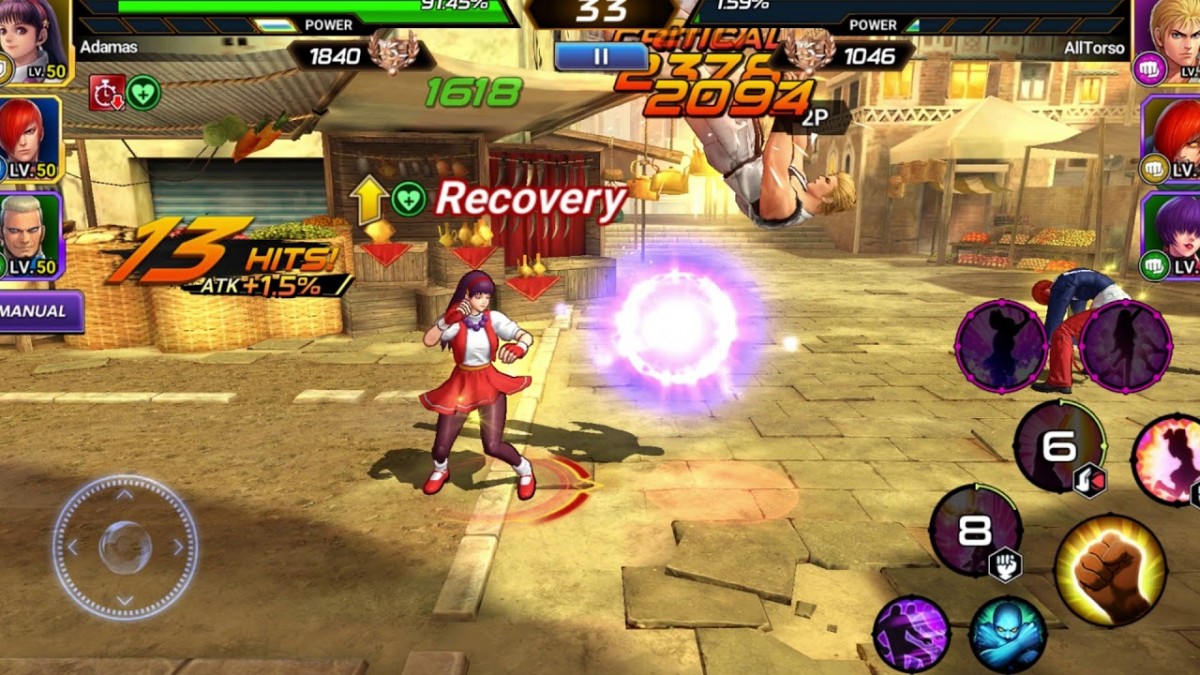 Step into the arena with Netmarble. The company, in collaboration with SNK, has announced that its long-awaited and latest mobile action role-playing game (RPG) THE KING OF FIGHTERS ALLSTAR is now available for download on Google Play and the App Store. Based on the famous fighting game series THE KING OF FIGHTERS (KOF), players will collect and train their favorite fighters from across the entirety of the franchise from KOF’94 to KOFXIV, and experience the rich history of KOF on mobile platforms.

At launch, players can join in the fast-paced fighting and beat-em up action by battling through enemy waves, larger-than-life bosses, and rival teams across many game modes, including Story Mode, Time Attack Mode, Player vs. Player (PvP), and a real-time Tournament Mode. The intense action is paired with cutting-edge graphics, bold colors, lightning-fast actions, and over 130 collectible fighters to collect & upgrade at launch, with more characters to be added over time. THE KING OF FIGHTERS ALLSTAR delivers a wealth of content and nostalgia, providing hours of fun for franchise fans and gamers who are new to KOF.

THE KING OF FIGHTERS ALLSTAR lets players become the hero of the KOF series as they take on the role of an amnesiac person who is saved by a spirited woman named Noah, who then needs rescuing herself. After discovering the power to fight as any KOF fighter with signature moves at their disposal, players enter the King of Fighters tournaments to uncover their memory, become even stronger, and re-experience KOF’s fast-paced fighting history.

Players can also look forward to the following after launch:

THE KING OF FIGHTERS ALLSTAR is available to download on Google Play and the App Store in over 175 countries, and comes with support for English, Taiwanese, Indonesian, Thai, Spanish, Italian, French, Portuguese, Russian, and German languages.