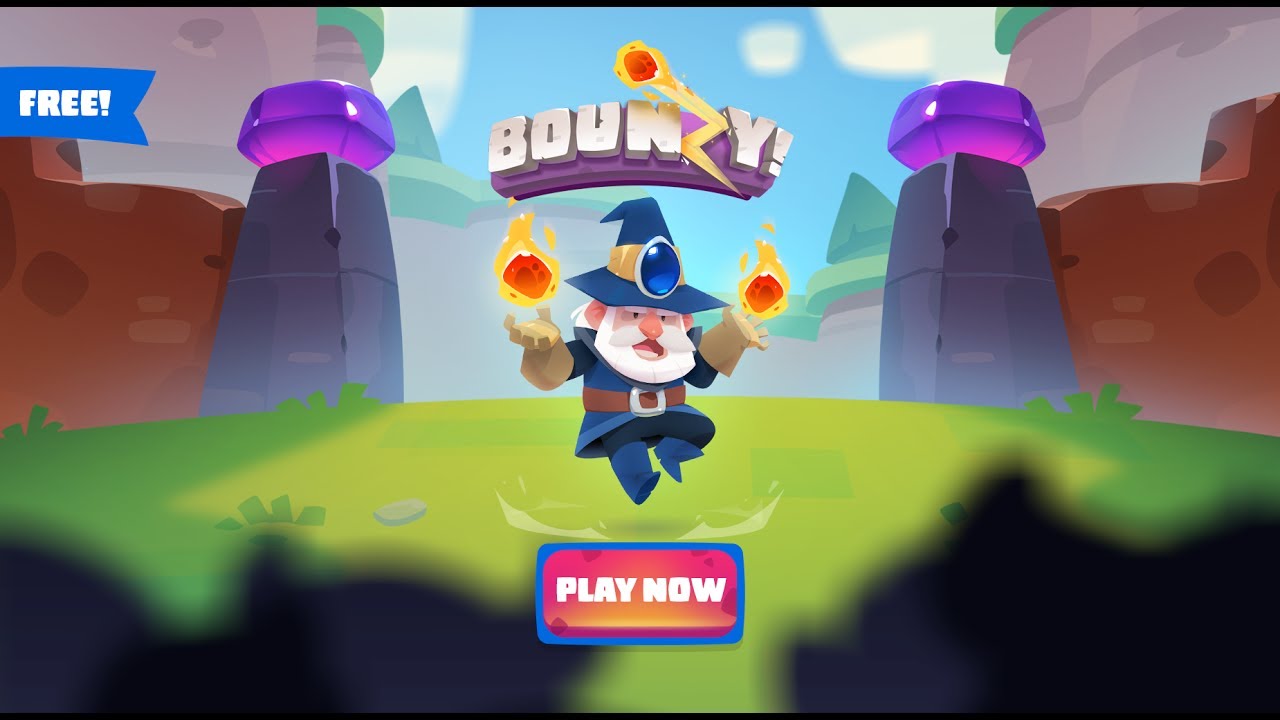 Gram Games announces the release of Bounzy!, a fast paced, arcade action style game, set in a fantasy world. Available now to download for free on iOS and Android via the App Store and Google Play. Bounzy! is the first release of 2017 from the London-based studio, Gram Games, the creators of hits 1010!, Merged! and Six!

In Bounzy!, you enter the world of magic as a wizard, facing an onslaught of fantastic monsters and beasts. Using magic bolts, missiles and fireballs, you will fight enemies back to protect your town. As your blasts strike the beasts, they will lose health – battle to defeat them all before they reach your dwellings, and save the day. Destroy all enemies to find keys and unlock epic loot, which you can use to improve your strength and skill. Make sure to unlock the chests for the valuable treasures hidden inside. Visit the laboratory to craft improved spells, and venture into the academy to learn magical powers that will help you to defeat your enemies.

Featuring highly polished, arcade-style visuals, and a simple mechanic that allows you to dive right into the game, Bounzy! is easy to play, challenging to master. The game is set to become a new major hit for the studio, keeping players motivated to defend their towns for hours.

Mehmet Ecevit, Gram’s Co-Founder and CEO, comments: “We’re delighted to bring Bounzy!, a project that was originated through our fast-paced prototyping process, to the world. The game’s fantasy setting, stunning visuals, and action arcade gameplay, have been combined to create something that we know will resonate with the existing Gram Games community, and introduce us to a new wave of passionate casual players as well. The team has done an incredible job and we can’t wait to see the reaction from players around the world!”