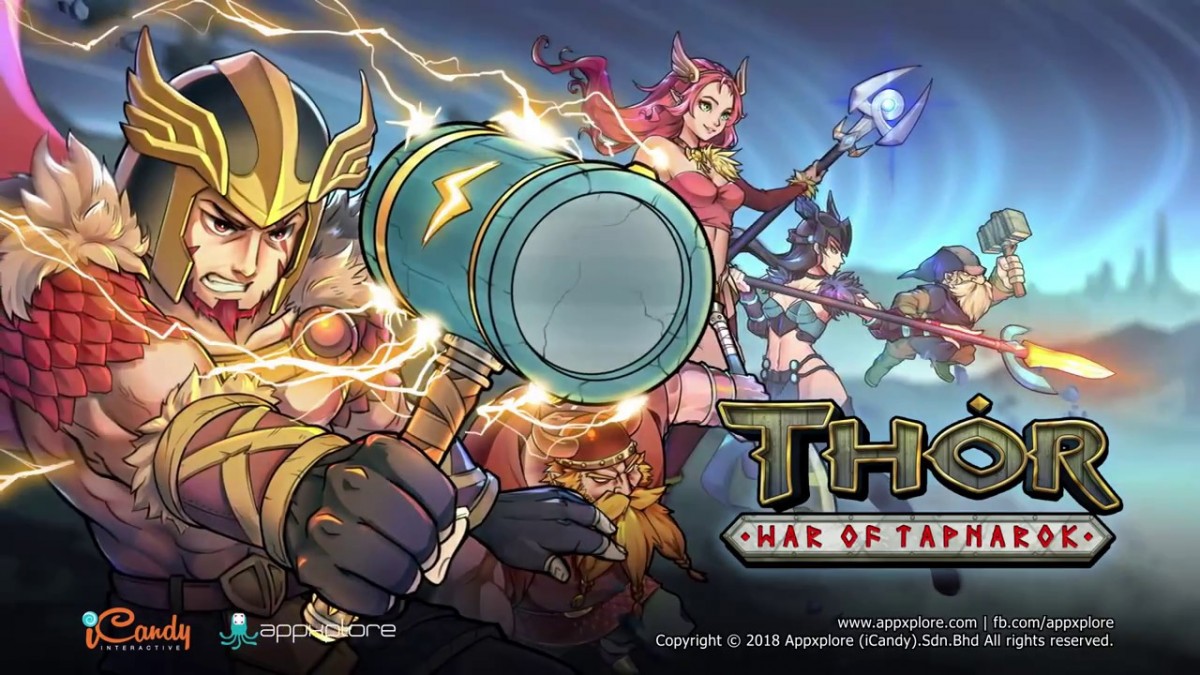 Asgard has been invaded by the monster forces from all the nine realms. Loki leads the charge with intent to rule over the realms using the power of Helmdall’s Crystal Staff. The monsters are now at the gates; it is up to you and the might of Thor to face the coming Tapnarok by driving back the evil army!

Appxplore has launched its spin off from the Thor series of iCandy Games, Thor: War of Tapnarok. Featuring chaotic gameplay, allies of legend and 37 of Asgard’s most powerful treasures, the war of Tapnarok will be an impressive blast of tapping that brings you on an epic adventure through the nine realms.

Marvel at the might of Thor as he fights the endless waves of monsters intent on destroying Asgard. Recruit trusted allies Valkyrie, Freyja, Tyr and even The All-Father Himself Odin as you rain the God Of Thunder’s wrath with a flurry of taps upon the enemies of Asgard.