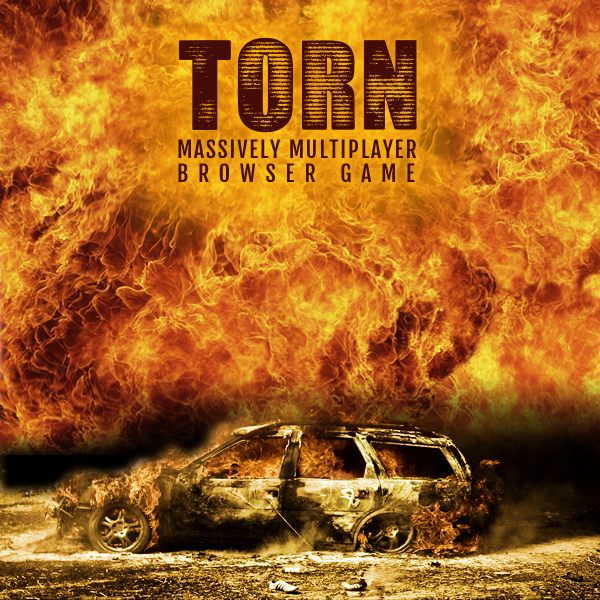 Wannabe kingpins and criminal barons around the world can celebrate today as game publisher and developer TORN LTD. announced that its long-running MMORPG TORN has launched on iOS mobiles and tablets.

Beginning life as a 16-year-old college dropouts’ bedroom project, the game boasts over 27,000 daily active users (up 35% from 2018) and has enjoyed an incredible 14-year success on desktop as players indulge their deepest desires to become rulers of this gritty virtual underworld.

Playing out as a sandbox, text-based adventure, gamers begin life as a low-level street criminal, rising through the ranks of TORN City’s criminal underworld by forming alliances with 2 million players worldwide, trading for better resources and by taking part in a wealth of gang-related activities, such as heists and robberies. Players navigate TORN’s labyrinthine world by simply navigating tabs, maps, menu options and pop-up boxes, meaning anyone can jump right into the TORN app from the get-go with minimal hand-holding required.

Balancing a life of crime with the world of legitimate business is what makes TORN a unique experience; Reflective of developer TORN LTD’s motto of “Give the players the tools, and they will create their own game”, players can write for the city’s local newspaper, start a company, interview and hire employees and even marry other TORN players. How gamers write their Scarface-esque rags to riches story is up to them.

The strong focus on community-driven growth in TORN has also been reflected in the real world. Incredibly, the game has seen four real-life marriages between its players and a real-life employment of a TORN City company owner who was so impressed by his employee’s digital work ethic that he was hired in real life. In another bizarre twist, a British newspaper reported that government staff at the Home Office (the department responsible for immigration, security and law, including the police and prisons) were playing the game so much that they registered 46,351 hits on the TORN website in just five months.

The TORN app will be continually updated with additional content including new events, missions, items and more. The game now features sophisticated new crime, drug dealing and faction raid gameplay systems and has introduced the Dirty Bomb weapon into the game.

The TORN app is available as a cross-platform title, meaning players can move seamlessly between the mobile and desktop versions.

Download the TORN app FOR FREE from the App Store:
https://itunes.apple.com/app/torn/id1437374336

●    World’s largest text-based MMORPG, running for 14 years
●    2 million registered players and 27,000 daily active users
●    Dozens of gang-related activities to take part in including robberies, faction raids, heists, agent missions, kidnappings, bounty hunts, drive-by’s and more
●    Start factions with real players worldwide, collect and trade items between gangs and conquer opposition territories in intense faction wars
●    Grow a financial empire by winning big at the casino, investing in the stock market, buying and renting properties, modifying cars to race at the tracks and playing poker against other real-life players
●    Go legit by visiting gyms, getting married to other players and by starting a company – employing other real-life TORN residents
●    Take to the streets with dozens of upgradable weapons at players disposal, including knives, machine guns, swords, explosives, Dirty Bombs and more
●    Equip a plethora of items including body armour, combat gear, helmets and more
●    Players can immerse themselves in TORN’s energetic forums and chat rooms for lively debate and constant competitions