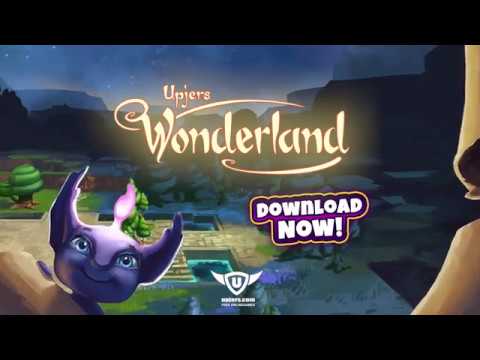 Renowned developer of apps and browser games upjers is opening the portals of upjers Wonderland for iOS players. Full of fantasy and battle elements, the mobile adventure is sure to captivate Apple fans.

upjers Wonderland literally whisks players away to a fantasy world. In the game’s intro, the player’s sibling is abducted into a parallel world. Players can choose whether they want to play the girl or the boy.

Quirky characters such as the mayor and his mother in the fantasy world of upjers Wonderland give the player valuable hints as to the whereabouts of their sibling. But be careful – lurking shadow crawlers roam the world, which can be defeated with turn-based combat.

The variety of the different gaming aspects in upjers Wonderland will surprise even veteran mobile gamers.  New worlds behind portals invite players to explore. Battling adds additional thrill to the game, as does the main story line: the search for the kidnapped sibling.

During this breathtaking journey, there are also plenty of puzzles to solve. The village can be decorated, and you can grow crops on your own small plot, and the waters are teeming with fish ready to be caught. There are also plenty of quirky creatures to meet – the heavy metal sheep actually produces steel wool!

Once again, the Bamberg game developer has cooperated with King Art Games from Bremen – winner of the German Developer Prize 2017 – to produce the fantasy game upjers Wonderland. This stellar combo has already yielded many successful games, including My Free Zoo and My Little Farmies.

upjers Wonderland is certainly a very different kind of game, but fans of casual games with exciting and entertaining features won’t want to miss out on this new iOS app.