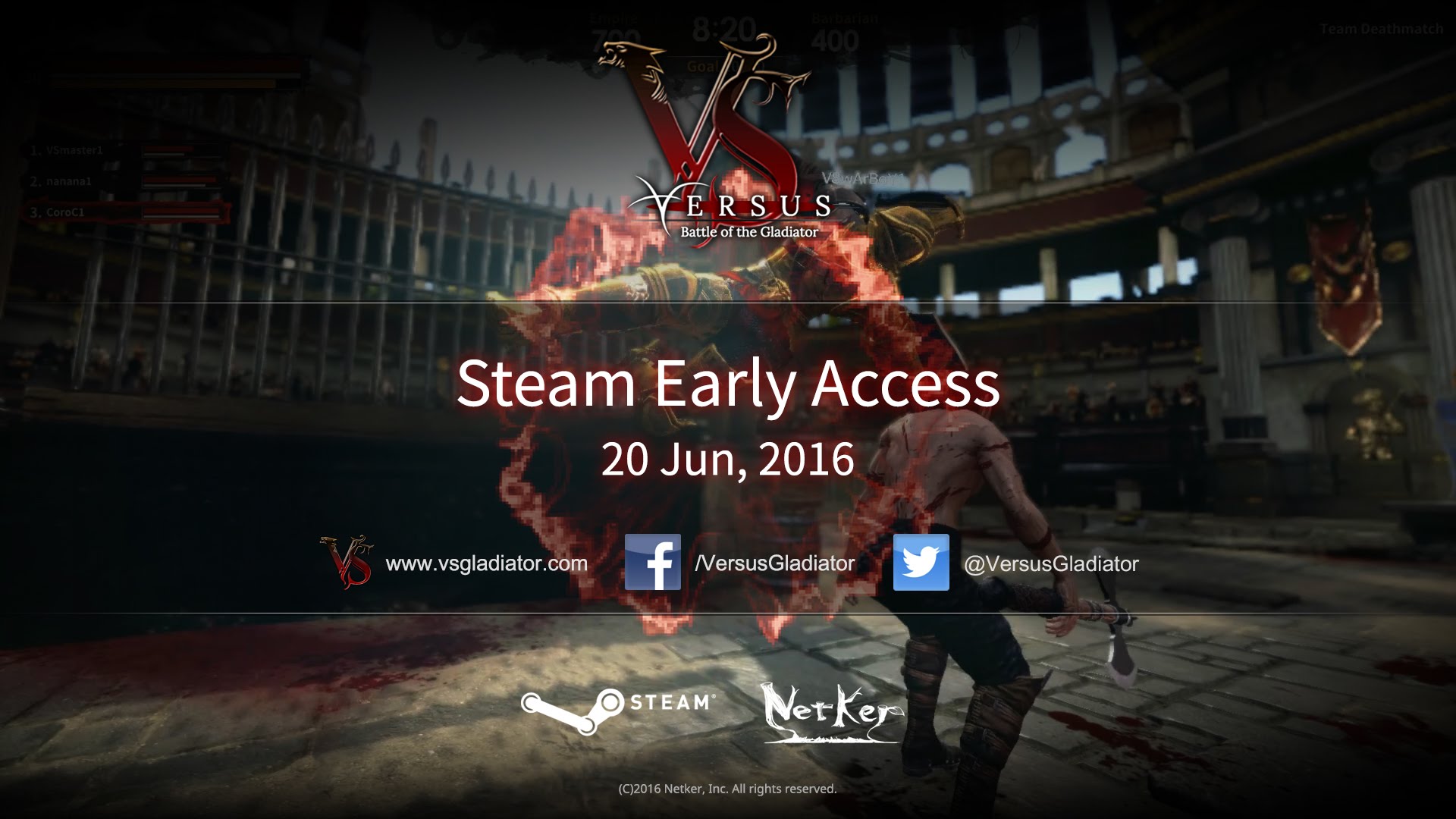 Netker Inc., a South Korean indie game dev company, has announced that their brutal and hardcore PvP action game Versus: Battle of the Gladiator will launch on June 20 via Steam Early Access. Versus made a surprising debut on Steam Greenlight as it was successfully Greenlit only after 3 days of its campaign.

On Early Access version of Versus, players will be able to experience jaw clenching non-targeting melee combat gameplay. Versus provides 7 unique combat styles – Onehanded, Dual Wield, Shielded, Hwando, Battleaxe, Greatsword and Warhammer. Each combat style has skills that are in strength-weakness relationship with others. This drives combat into complex mindgame, where reading your opponent’s next move gives you a massive advantage.

Netker is planning to release new contents regularly; players will be able to access new maps, items and skills for free during its Early Access period. Netker is also going to reflect the feedback and criticism of community on their development – not only minor details and balance issues, but also their long term plan concerning system and contents.

About Versus
Versus is a gladiatorial PvP action game with brutal non-targeting melee combat. You’re a slave gladiator captured by Claderan empire, the conqueror of the world. Fight alone, or team up with other players in a bloody gladiatorial battle to prove your strength.