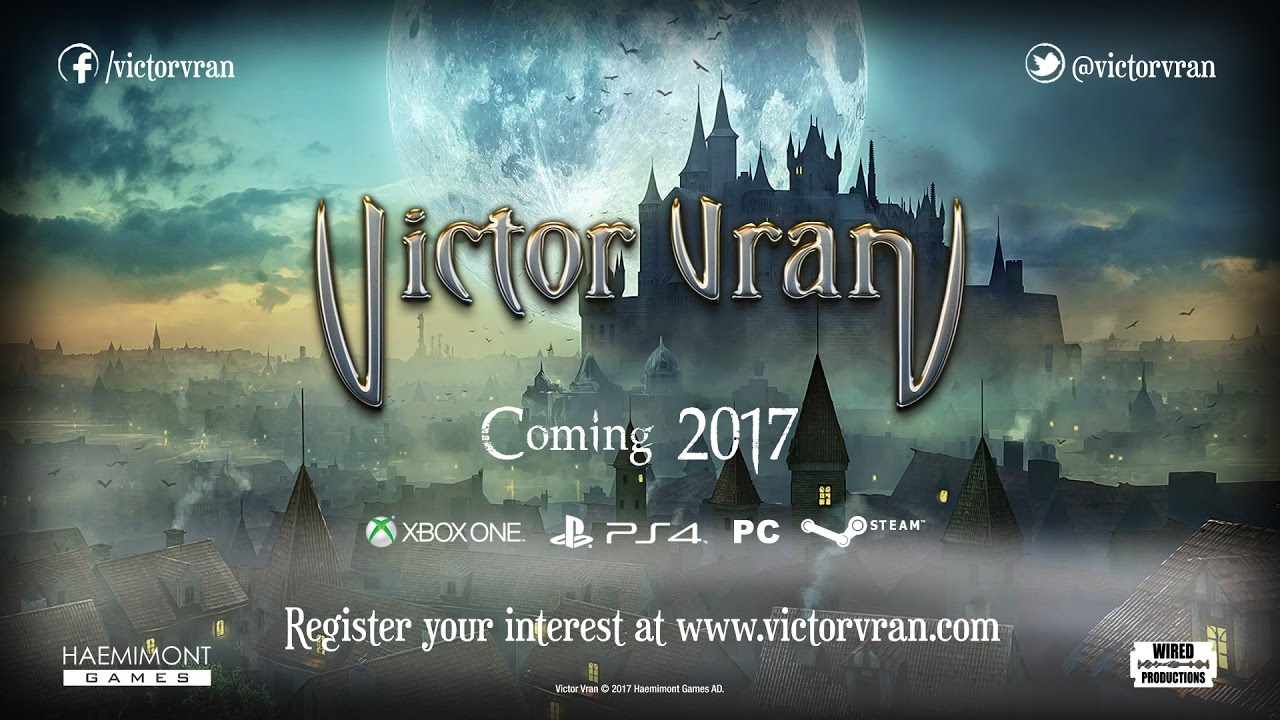 Wired Productions, an independent games publisher, is pleased to reveal today its strategic partnership and co-publishing agreement with renowned Bulgarian developer Haemimont Games AD, beginning with the upcoming launch of the multi-award winning action RPG, Victor Vran, for the PlayStation®4 computer entertainment system and Xbox One, the all-in-one games and entertainment system from Microsoft.

Victor Vran will be published globally at digital and physical retail in early 2017 and will serve as a key point of momentum in Wired Productions’ ongoing foray into publishing games on home consoles.

Victor Vran is an isometric action RPG that encourages players to venture and vanquish to their liking. Players can forge their own personal version of Victor by utilizing a vast array of powerful weapons, game-changing outfits, and wicked, spell-like demon powers as they explore the vast city of Zagaravia and its sprawling districts. Take on waves of demons and clever boss monsters alone, on the couch alongside an ally, or online as a team of four – and emerge victorious.

Victor Vran for console has been built from the ground-up using Haemimont’s proprietary engine, delivering outstanding performance at 60fps, along with local co-op for 2 players and online co-op for 4 players, which includes daily and weekly maps. PC owners will also be getting exciting news in the coming weeks.

“We’re excited to be working with Wired Productions to bring Victor Vran to millions of players around the world,” said Gabriel Dobrev, CEO at Haemimont Games AD. “Our original vision was to shake up the RPG genre by delivering the first all action role playing game, and the response from press and fans alike has been incredible. This partnership with Wired Productions will allow us to grow that fan base, and to engage with more players than ever before.”

“The first time I played Victor Vran, I was smitten, and to be able to work with such a revered studio as Haemimont Games to expand its army of fans is a privilege,” added Leo Zullo, Managing Director at Wired Productions. “We’re delighted to begin this partnership, and to share something we love so much in Victor Vran with a community of gamers globally is a coup for us; we can’t wait to get started.”