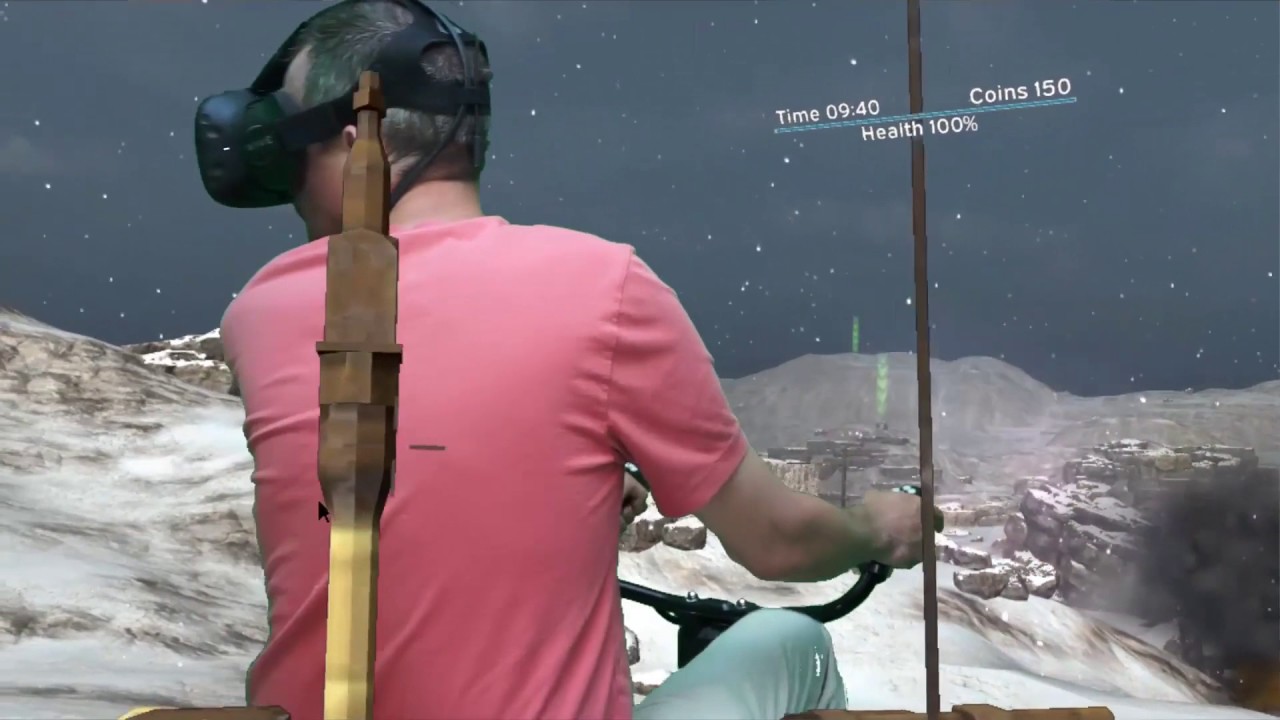 VirZOOM, a virtual reality fitness platform designed to motivate users to move, today announced Gear VR compatibility. Previously only available for tethered VR hardware, VirZOOM’s VR bike and suite of fitness games is now available for GearVR use with Galaxy S8 and S8+ phones. In addition, VirZOOM launched a new product at E3 2017: the VZ Sensor. Beginning today, customers can pre-order the $99 VZ Sensor, which clips onto the crank of any stationary exercise bike in a home or gym, to instantly transform it into the fun VirZOOM VR Fitness experience. VirZOOM’s new mobile compatibility and the VZ Sensor give more users access to a fun fitness alternative at an affordable price.

VirZOOM Arcade is a suite of evolving, arcade-style VR games designed for use on a stationary exercise bike. These games enable users to cycle in a race, kayak through a duck pond, fly a Pegasus or engage in a tank battle – all while getting a great workout. The goal-oriented fitness experiences in VirZOOM Arcade keep users interested and motivated, leading to longer, more frequent and more enjoyable workouts. In fact, those using VirZOOM’s platform exercise an average of 24 minutes per use. VirZOOM is incredibly intuitive and easy to use: the faster a user pedals in the real world, the faster they move through VR; the phone in the VR headset also picks up head tilt, enabling users to steer from side to side.

“Samsung is excited to partner with VirZOOM to bring an exciting VR fitness platform to Gear VR. By pedaling a VirZOOM-enabled bike, you can move through large virtual worlds under your own power, while playing games and reaping the health benefits of cycling. Furthermore, My VirZOOM wearables integration enables users to track their fitness data while challenging friends in online multiplayer VR,” said Paul T. Kim, Director of VR Publishing at Samsung Research America.

Eric Janszen, co-founder and CEO of VirZOOM, said: “VirZOOM is a fun, interactive VR fitness platform that serves as an alternative to traditional and often monotonous exercise programs. Now, with the VZ Sensor and VirZOOM compatibility with Samsung Gear VR, more people can utilize our unique, goal-based VR games to get fit.  By bringing VirZOOM to mobile VR, our fitness platform instantly becomes accessible to more people in a more flexible, portable form.”

Beginning today, two of VirZOOM’s most popular fitness games are available for free in Samsung’s Gear VR Store and are compatible with the Samsung Galaxy S8 and S8+, with the additional five free VirZOOM Arcade games coming to Gear VR by October. VirZOOM will announce additional compatible mobile VR headset platforms later this summer. Preorders for the $99 VZ Sensor can be placed at www.virzoom.com , with orders shipping in October 2017, just in time for the holidays. For those who do not have a stationary bike, the VirZOOM Bike is available for $399 at www.virzoom.com .