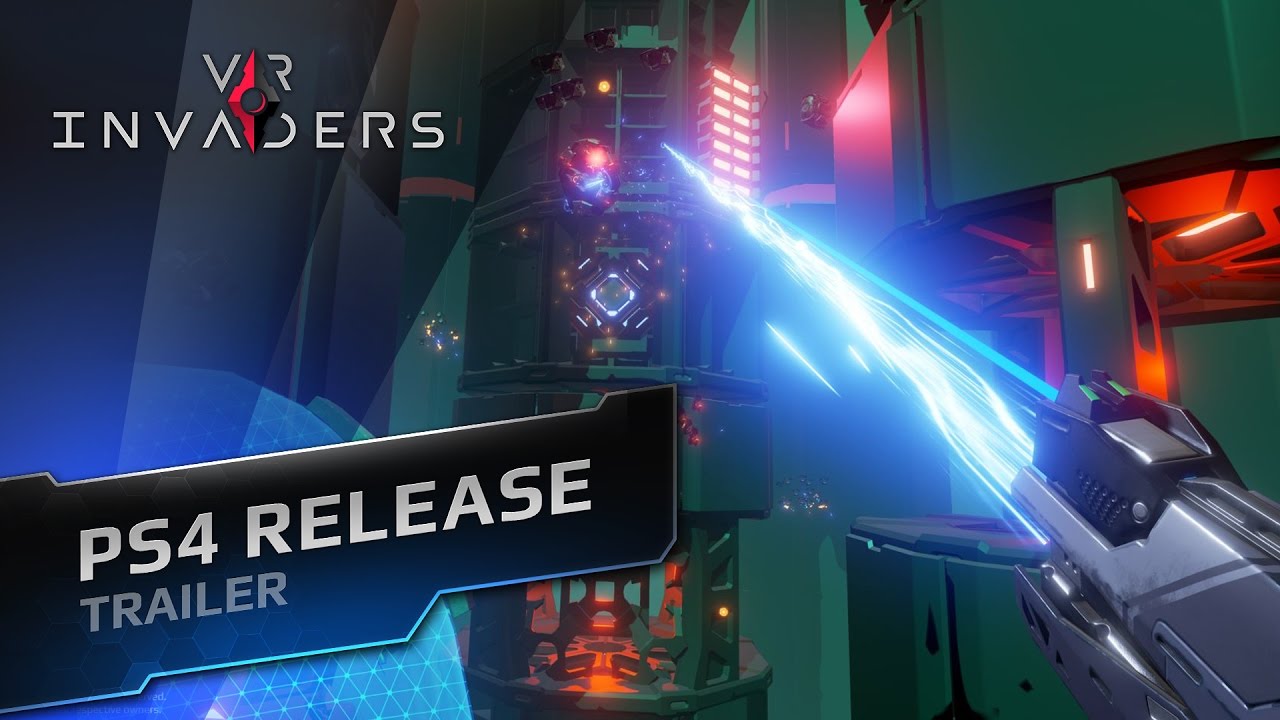 Global publisher My.com invites players to virtual reality with VR Invaders – the Complete Edition on PlayStation VR (North America and Europe). Follow the story of Thomas Hall in this visceral shooter experience set in the year 2046. In this future timeline, virtual reality is omnipresent. It is a perfect shelter from life’s hardships and a fully immersive experience. It is not hard to wonder why people spend almost all their life logged into VR; all to the delight of global corporations that earn good money on these VR users. However, not everyone stays logged on voluntarily and sometimes a virus prevents a user from disconnecting.

To protect their profits and extract the “Stuck,” corporations hire freelance hackers called Divers to enter the client’s neural session and reboot it. Thomas Hall is one of them, and he is up for an odd job. As Thomas, players shoot their way through his story and multiple other game modes, use powerful power ups, blast the viral legion and the varying environments to smithereens and engage the treacherous bosses.

VR Invaders is developed by My.com’s in-house studio and delivers a story driven dive into virtual reality. Built on Unreal Engine 4, VR Invaders puts the player in the role of a Diver. They are special members of a virtual reality rescue force that plunges into VR when dreams turn into nightmares. During a routine operation to rescue a “stuck” user, the player will have to fight back unexpected hordes of droids created by a vicious virus program. Equipped with a blaster that has multiple firing modes and a time-bending energy shield, players can battle through various levels with challenging bosses at the end of each level. Players will be able to use power ups to arm themselves with dual blasters or transform their weapons into even more powerful modes, such as a laser or a plasma gun.