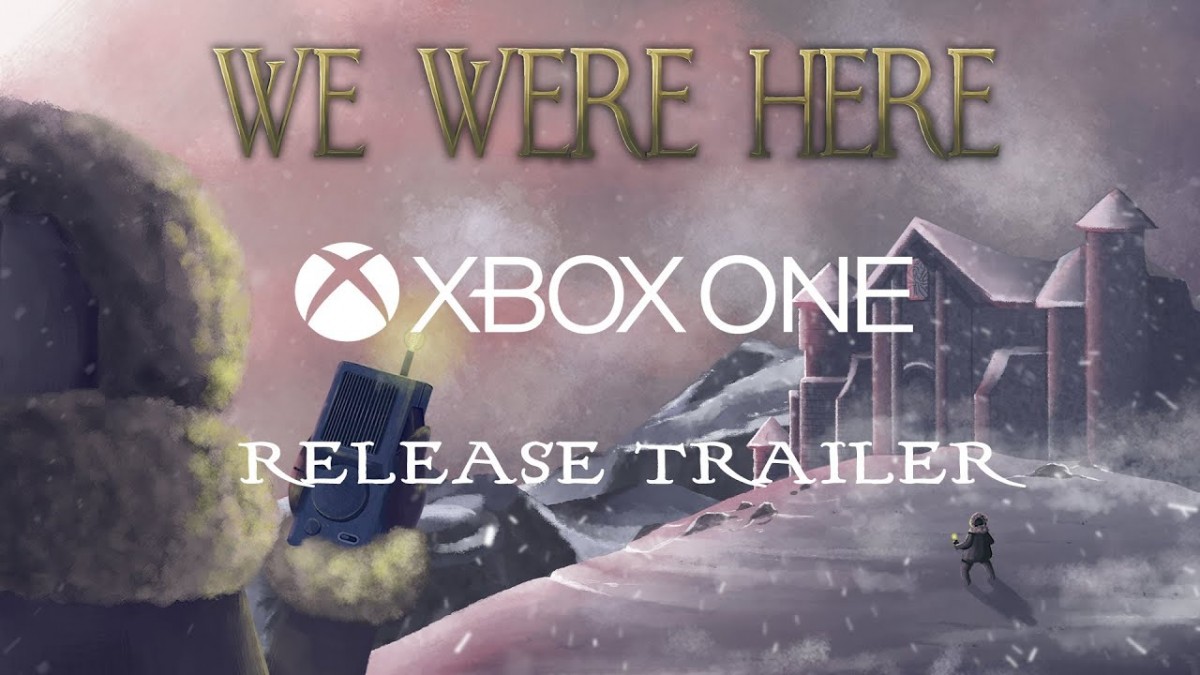 We Were Here (Too) on Xbox One
A ferocious Antarctic blizzard forces you and a partner into a mysterious medieval castle, where you become split up. There’s no easy way out. When you can’t fight and you can’t run, what options do you have left? It comes down to your wits, a walkie-talkie, and one other player on the same wavelength, caught up in the same troubling situation as you.

The We Were Here series is all about proving you can Talk, Solve, and (perhaps) Escape. The first person cooperative puzzle games have seen great success on Steam with over 2 million players – not to mention hundreds of awkward videos! Know that communication is everything, so choose your coop partner carefully. The games offer a digital escape room experience, perfect for a night in!

As Xbox fans themselves, the developers at Total Mayhem Games decided it was time to bring the series to Xbox One! Today the first entry We Were Here was released and featured under ‘Games with Gold’, meaning Xbox Gold members can download the game for free for a limited time!

Project Lead Lucia de Visser says: “The release of We Were Here on Xbox One is a huge milestone for our company and the series. We’re very happy with this golden opportunity, and excited to give players a chance to see if they dare uncover the mysteries of Castle Rock.”

Players can already pre-order the second entry in the series, We Were Here Too, with a 10% discount. The game is set to release two weeks from now, on October 2.

The Story of the We Were Here series
Whether or not you’ve played a We Were Here game before, you can dive right into any We Were Here title and start unravelling the secrets of Castle Rock, the sinister fortress at the heart of the series. Players take the role of Antarctic explorers confronted by this mysterious castle in the middle of the frozen wastes. Forced inside by a terrible blizzard, it quickly becomes clear that this is no ordinary ruin… and that there is no ordinary way out.

You and a co-op partner will need to be each other’s eyes and ears as you endeavour to escape. Every puzzle requires communication to solve – you can talk to each other, or you can stay trapped forever.

Total Mayhem Games have big plans for their world of dark mysteries and complex conundrums. The second episode We Were Here Too is expected October 2 on Xbox One. And that’s not all! The series continues this October 10, initially on Windows PC with We Were Here Together – revealing more of the story behind Castle Rock…