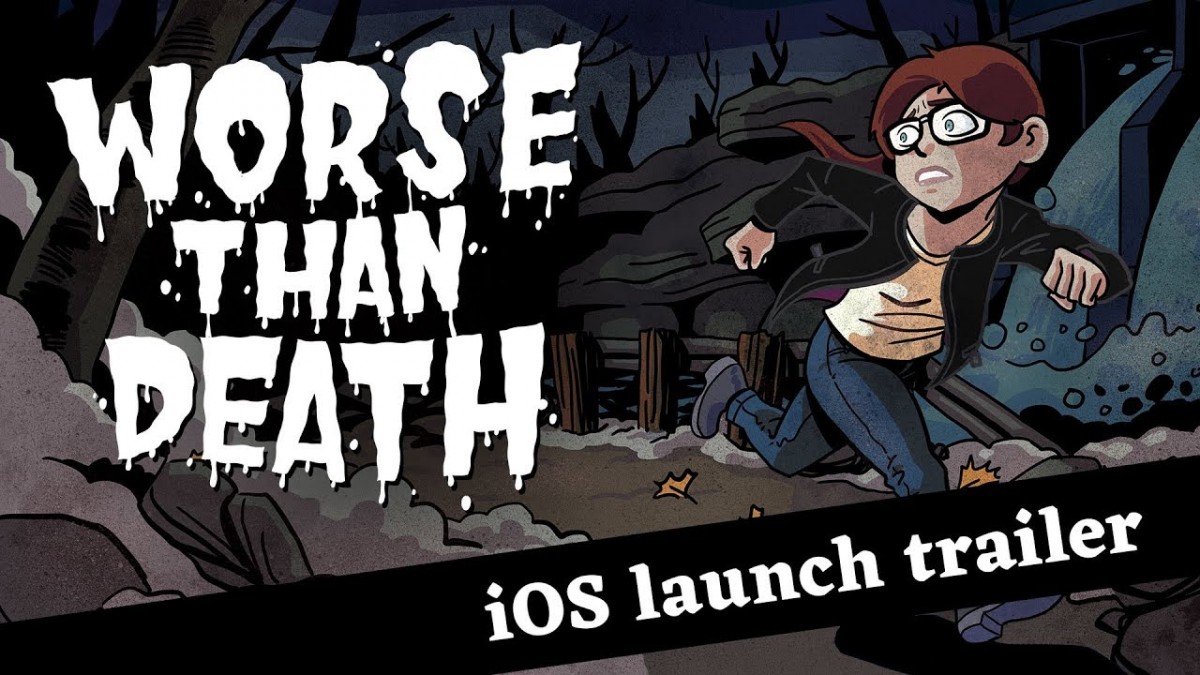 Action-adventure horror game Worse Than Death leaps out from a dark corner and onto millions of iOS devices worldwide!

In this follow-up to the popular indie horror game Home, players control Holly as she returns to her home town for a truly dreadful reason — her high school reunion! It doesn’t take long for the weekend to go off the rails, and soon Holly must run from unseen horrors, hide in the shadows, and solve increasingly tricky puzzles to stay alive. – – –

Horror in the palm of your hand

Like Home, Worse Than Death was designed to be both scary and smooth on iPhone and iPad, as a no-compromises horror title that sees players deftly manipulating puzzles and scrambling for safety with intuitive touch controls.

The page-turning mystery provides a frantic Twin Peaks vibe as players dig deeper into its sordid secrets. Regular checkpoints and a chapter-based structure let players work at their own pace.

Worse Than Death is available in the App Store worldwide.

The game launches on Nintendo Switch, PlayStation 4, Steam and the Humble Store later this year.