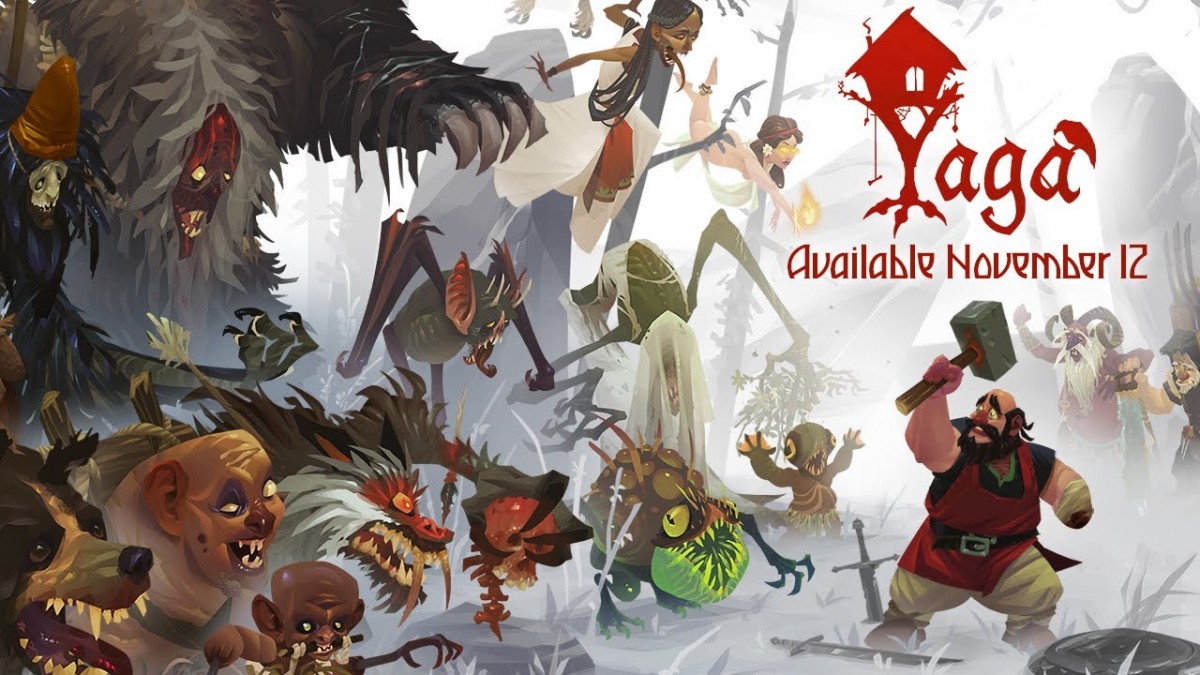 Independent games publisher Versus Evil in partnership with Breadcrumbs Interactive today announced that on November 12th, its action role-playing game Yaga will be available simultaneously on Windows PC, Nintendo Switch, PS4, and Xbox One.

Yaga tells the story of Ivan, a one-handed blacksmith with incredibly bad luck, who must take on the impossible tasks given to him by the Tzar. All the while the mysterious witch, Baba Yaga, watches over Ivan’s fate as he smashes and clobbers a variety of nefarious monsters and legends inspired by Slavic folk tales.

In Yaga, players will dive into a deep forging system to make weapons like teleporting lightning hammers and hookshot pitchforks, in order to defeat the murderous legends of Slavic folklore. With multiple endings, multiple ways of solving encounters, procedural map, lots of characters to encounter, and hidden secrets mean Yaga is meant to be played over and over again.