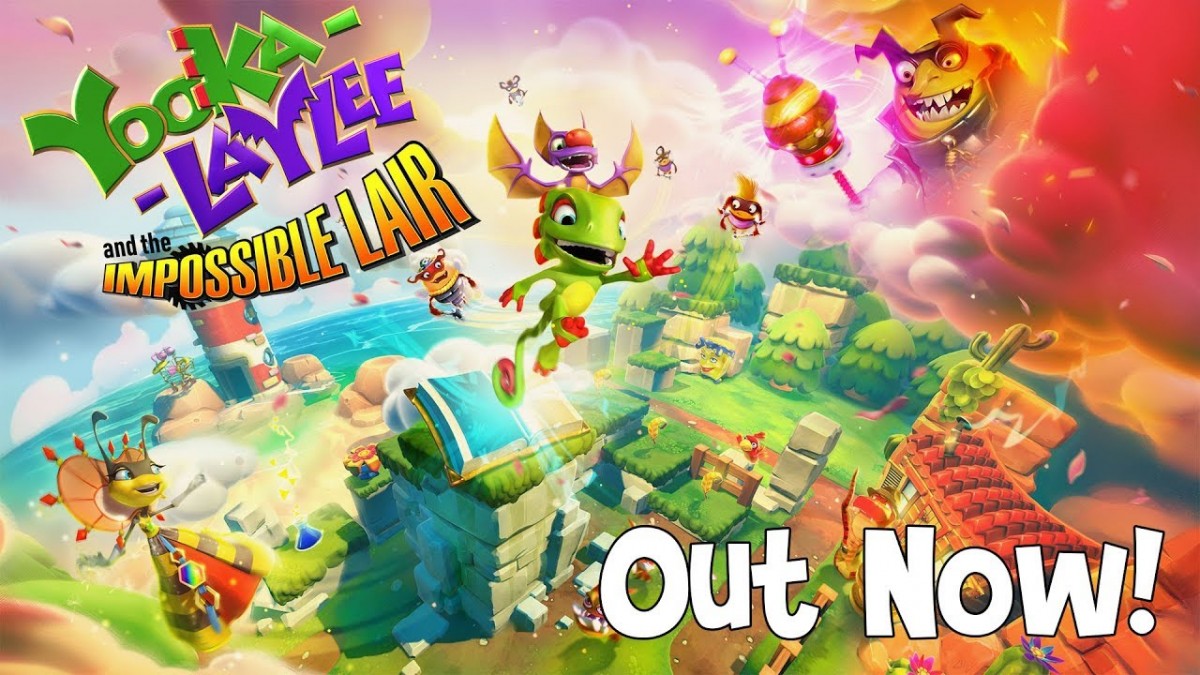 Set across 20 exciting levels within an expansive 3D Overworld, Yooka-Laylee and the Impossible Lair takes players on a journey to free the Royal Stingdom from Capital B and overcome his most devious challenge so far. As the duo explore the Overworld, Yooka and Laylee will uncover new secrets and puzzles that – when triggered – dynamically transform the environment into brand-new experiences and double the number of 2D levels in the game. Yooka-Laylee and the Impossible Lair runs at a silky-smooth 60fps across all platforms and also sees the return of Tonics, game-modifying potions that give players the ability to customize their adventure using new visual effects, character skins, more challenging enemies, speeding up and slowing down time, and more!