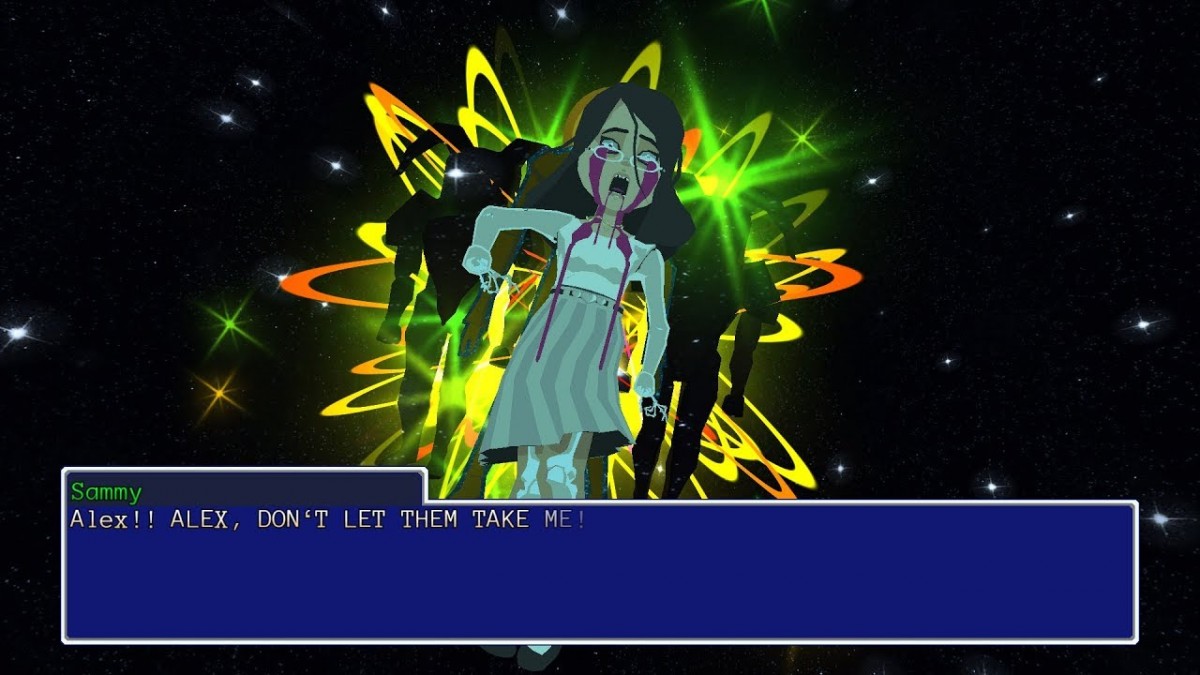 YIIK: A Post-Modern RPG, the surreal Japanese-style RPG set at the end of last millennium from Ysbryd Games and Ackk Studios, has arrived on Nintendo Switch, PlayStation 4, Windows PC and Mac. A PS Vita version will spin conspiracy theories later in 2019.

It’s spring of ‘99 and Alex just returned home from college as a graduate. When a cat steals his grocery list, it starts him on the longest and weirdest journey of his life: women vanishing from elevators, beings made of light, and enemies ranging from smiley faces on springs to giant pandas armed to the teeth are just a few of the unusual things he encounters on his quest.

Join Alex and friends as they explore surreal dungeons filled with puzzles and traps, crash evil parties, peel back the layers of conspiracy and engage in combat based on minigames.

YIIK: A Post-Modern RPG features more than 30 hours of content including a fully-voiced main story campaign with voice actors whose previous works include Borderlands: The Pre-Sequel, Tales of Zestiria, Disgaea 5, Attack on Titan and more. The simple textures and saturated color scheme enhance the supernatural quality of the environments and characters present in this insane adventure.

The soundtrack, featuring compositions from Undertale creator Toby Fox and Hiroki Kikuta of Secret of Mana, is as distinctive as the game itself, including an electroacoustic fusion of jazz, funk, traditional JRPG-style tunes and swing.

YIIK: A Post-Modern RPG is available on Nintendo Switch, PlayStation 4 and Steam (Windows & Mac)  and supports English. Japanese and Simplified Chinese support will be added in Q1 2019.