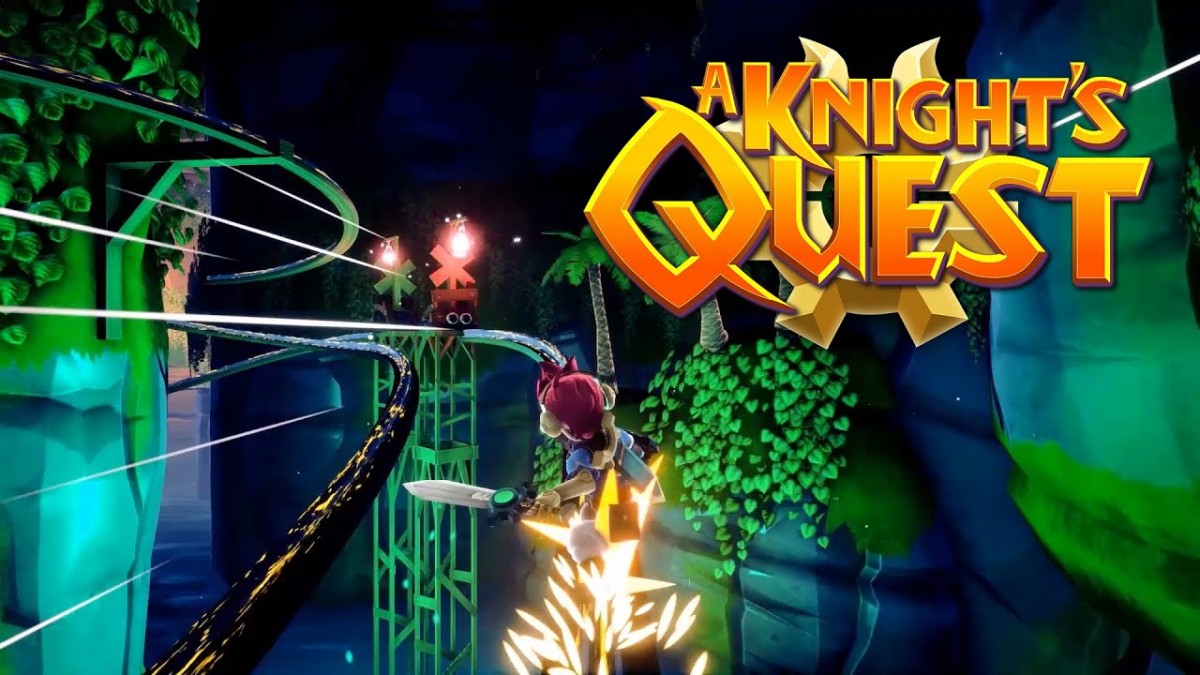 A Knight’s Quest, from publisher Curve Digital and developers Sky 9 Games, launched onto the Epic Games store for Windows, Nintendo Switch,  PlayStation 4 and Xbox One.

Daring, debonair, and just a little bit daft, Rusty is a kind-hearted, but clumsy adventurer who accidentally starts a chain of events which threaten to destroy his world. A Knight’s Quest invites you to play as Rusty in his quest – controlling the elements, dodging perilous traps, and battling challenging enemies through the fantastical open world of Regalia.

●         UNLOCK RUSTY’S POTENTIAL – Our hero begins his adventure with just a trusty sword and basic shield, but he’ll soon unlock ‘Spirit Powers’ – spectacular abilities which allow Rusty to, at the tap of a button, he can harness the powers of Fire, Ice and Time.

●        EXPLORE REGALIA – Rusty’s adventure will take him to the desert town of Zameris, high over the ice-laden Peaky Peaks and into the Cursed Swamp, among many others. Encountering a colourful cast of characters along the way.

●        ENEMIES ABOUND – From General Windpipe to The Watcher and many more besides, peril is never too far away.

●        SHOW YOUR SKILL – Combat is fast and fluid, and platforming a dream, with Rusty’s repertoire of acrobatic moves effortless to pull off.  Playing the hero has never felt so rewarding.