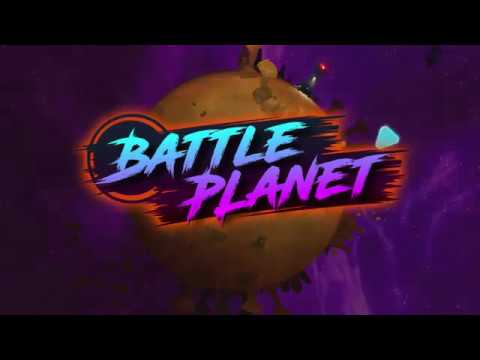 THREAKS releases the rogue-like VR shooter Battle Planet. The game is an innovative and intense one-stick shooter exclusively designed for Daydream, Google’s platform for high quality mobile VR. Battle Planet is the first Virtual Reality game from the awarded game studio THREAKS who developed the critical acclaimed music adventure Beatbuddy. Battle Planet demonstrates THREAKS loud side and is a spectacular action experience. The stunning looking game can be experienced through Google’s Daydream View headset and controller, and a Daydream-ready phone such as Pixel, Moto Z or ZTE Axon 7.

In Battle Planet you’re left alone on a micro planet in space just before a gigantic army of enemies attack you from all sides. Everything that now stands between you and the total destruction of the planet is your gun power and a bomb defusal drone. Endless planets, massive bossfights and ultimate firepower awaits you. Fight your way up the Highscore ranks and become a combat legend!